The routine is an all-male trio. They all wear sunglasses and golden chains. They all have a solid black and white outline that resembles a clothing patch.

P1 has shoulder-length black hair. He wears a yellow beanie. He has a red T-shirt under a dark, navy blue jeans jacket with a pink pocket that has amber lines. He wears jeans with the same pattern as the jacket's pocket on his right leg and many sew-ons on his right. He also wears a pair of neon green sneakers.

P2 has black hair with hot pink on his right. He wears a purple T-shirt under a turquoise and orange hoodie with many sew-ons on it. He also wears shorts in the same color as his jacket. His shoes are yellow with pink accents.

P3 has short, black hair under a purple cap. He wears a dark blue jeans vest with many sew-ons over a hot pink T-shirt. He wears ripped jeans that match his vest. They also have many sew-ons. Finally, he has a pair of red, high-soled shoes. 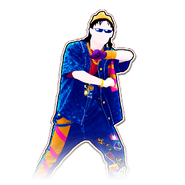 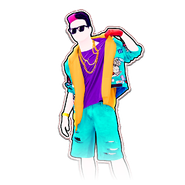 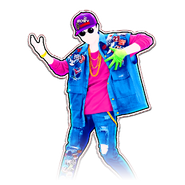 This section is a stub. You can help by adding to it.
The background contains various jean patterns of different colors with various types of 90’s themed pins, some are reference to other songs of previous games, these include 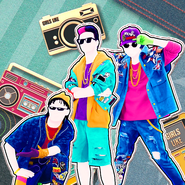 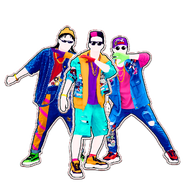 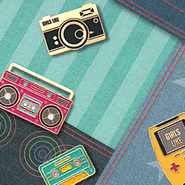 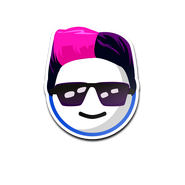 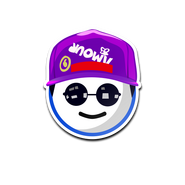 Girls Like on the Just Dance Now menu (computer)

Girls Like on the Just Dance Now menu (phone) 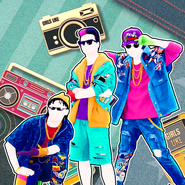 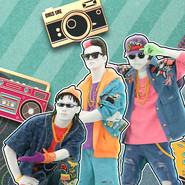 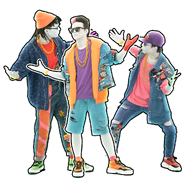 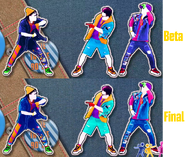 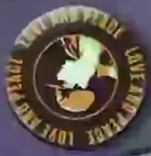 A sheep from Beep Beep I’m A Sheep’s cameo

The coaches of Get Busy’s cameo 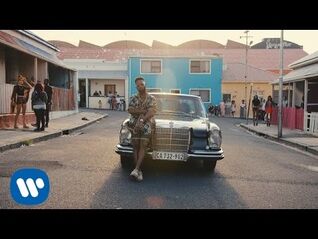 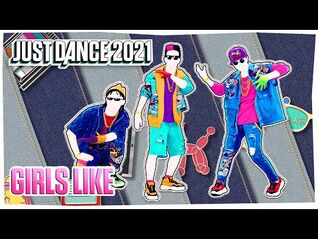 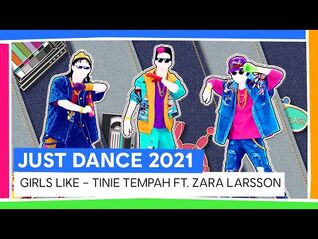 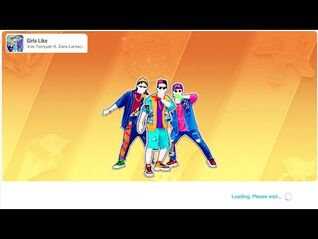