Go Go Go Get It

"Go Go Go Get It" by Drew Ryan Scott is featured on The Smurfs Dance Party.

The routine consists of three smurfs which are Papa Smurf, Gutsy Smurf and Brainy Smurf. all have blue skin

Papa have a bushy white beard and wears red pants and a matching red Phrygian cap. Brainy wears no shirt, white pants with white shoes attached, a white Smurf hat, and black-framed glasses. Gutsy wears a white hat with a blue ball on the tip, a blue kilt and a blue strap going to his shoulder. He wears big white shoes.

Gold Move: Put you right arm up. This is the final move of the routine. 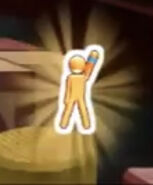 Go Go Go Get It is one of the songs in the game that can be played in different languages by switching the game language. This is how it is called in the available languages, as well the singer.

Go Go Go Get It appears in the following playlists: 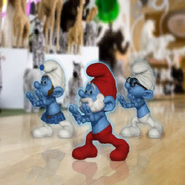 Go Go Go Get It

Go Go Go Get It on The Smurfs Dance Party menu 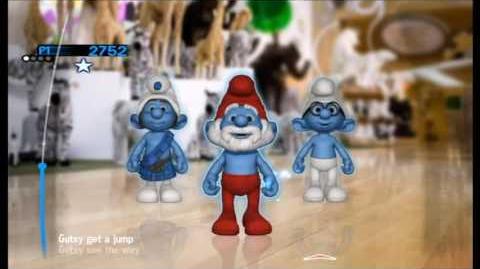 The Smurfs Dance Party Go Go Go Get It

Retrieved from "https://justdance.fandom.com/wiki/Go_Go_Go_Get_It?oldid=1232504"
Community content is available under CC-BY-SA unless otherwise noted.