God Is a Woman (Goddess Version)

< God Is a Woman
View source
watch 02:52
Roblox: DeepWoken - The Loop
Do you like this video?
Play Sound

1A: Deep Purple
1B: Purplish Tolopea
2A: Web Orange
2B: Stratos

The dancer is a goddess with golden hair in a long ponytail. Her skin is a dark galaxy pattern that blends into the background. She wears a golden chest plate and a golden aigrette headdress, resembling halos seen in Renaissance art. There is fabric draped around the shoulder beneath the chest plate that is in the same galaxy pattern as her skin. She accessorizes with a large intricate golden necklace and a golden cuff on her left forearm. When the camera pans out, it can be seen that there is a dress beneath her chest plate in the galaxy pattern. Her glove is hot pink. She has a glowing purple outline and some of her features are outlined in thin opaque lines.

The background is the outer space, while the coach dances, several golden designs appear behind her, such as wings, Pegasus, a sun and moon of the zodiac, and "the eye that sees everything". Near the end of the routine, the Eye of Providence appears. When the routine ends, the drawings that appear and the coach are covered by clouds.

Gold Move: Move both arms upwards in a triangle shape. 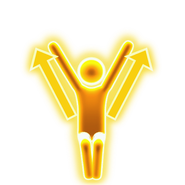 God Is a Woman (Goddess Version) is featured in the following playlists:

Main article: God Is a Woman#General 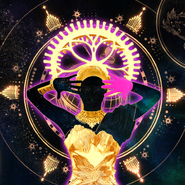 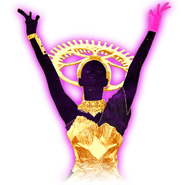 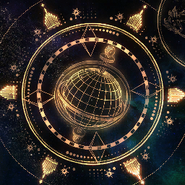 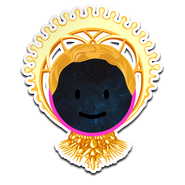 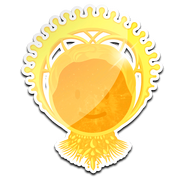 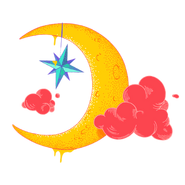 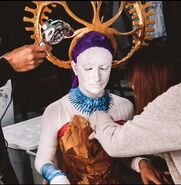 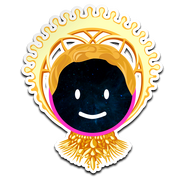 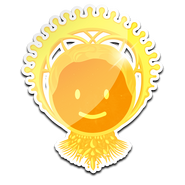 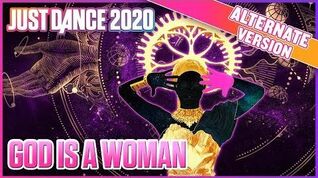 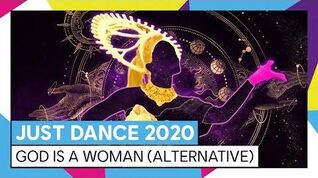 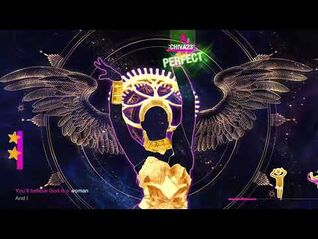