JDCDizzyEunuchs
"公公偏头痛 (Gong Gong Pian Tou Tong)" (also known as "Eunuch with a Headache" and alternately referred to as "Dizzy Eunuchs" and "Eunuch Migraine" in the series[1]) by Jay Chou was planned to be on 舞力全开：活力派 but was never released into the game before the shutdown of the game.

The dancers is a trio consisting of men in Chinese robes with glasses. They have thin black and yellow outlines.

P1 wears a red Chinese hat with long yellow and blue cloth stripes, a pair of sunglasses, a blue bandana on his neck, a red traditional dress with yellow emblems and short, colorful sleeves, a light blue glove, blue pants, and light blue trainers with red laces. His glove is cyan.

P3 wears a red Chinese hat with long yellow cloth stripes, sunglasses, a blue bandana on his neck, a red traditional dress with yellow emblems blue and yellow patterns and long sleeves with a blue stripe, a light blue glove, blue shorts with a yellow stripe at the end, and light blue trainers with red laces. His glove is cyan. 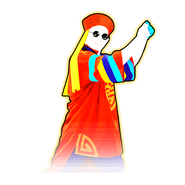 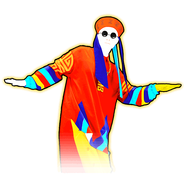 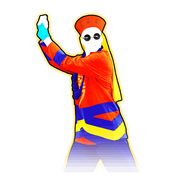 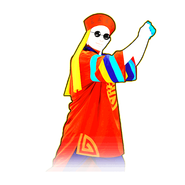 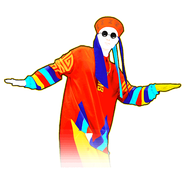 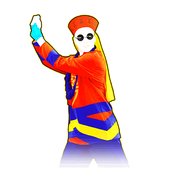 The background is light orange. It shows chinese scriptures and dragons. We can also see a sea at some parts of the routine.

Gold Move 1: Cross your arms in a X pose.
Gold Moves 2, 3, 4, and 5: Grab your left fist with your right hand above your head and quickly bow. 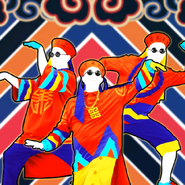 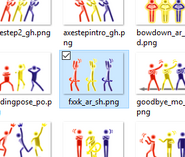 The pictogram with the inappropriate name 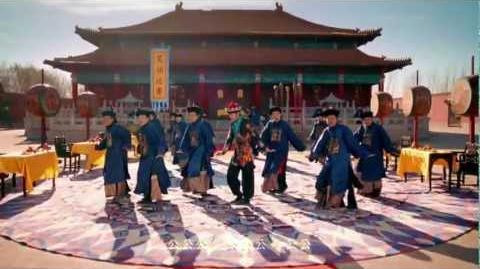 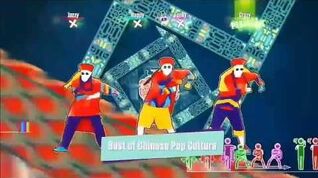 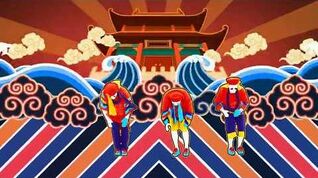