Laura Ferretti[2]
"Good Girl" by Carrie Underwood is featured on Just Dance 4 as an NTSC exclusive. It is also available as a downloadable track in the PAL region.

The dancer is a woman with long brown hair and a brown headband. She wears a red fringe vest over a gray tank top, denim shorts printed with the American flag, and brown ankle boots. She has a blue outline.

The background is a meadow with many red and yellow flowers, poppies, cottages, and trees. There appears to be a cottage and a farm far off in the background, and the meadow has a marked passage to go to each of them. The background switches to nighttime on the third verse. When that happens, the flowers get glowy, and change color to blue and purple. Additionally, there are blue sparkles floating on the screen, while on daytime, red petals fly in random times.

There are 3 Gold Moves in the routine, all of which are all the same:

All Gold Moves: Bend your wrists with your fingers pointing to the ground. 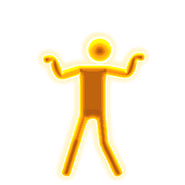 Note that these are only available in the NTSC version.

Good Girl is featured in the following Mashups:

Good Girl appears in Puppet/Party Master Modes. Here are the captions attributed to her dance moves: 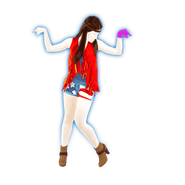 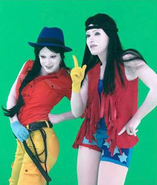 Behind the scenes 5
(alongside Brand New Start)

Behind the scenes 6
(alongside Brand New Start) 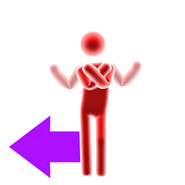 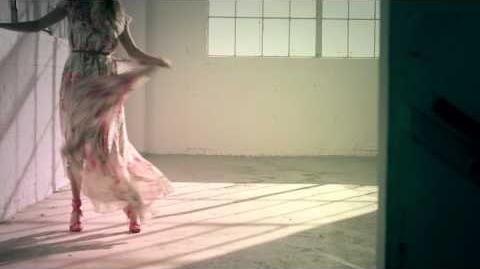 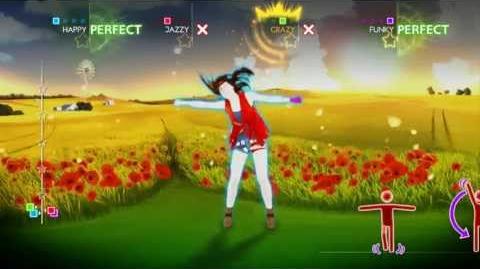 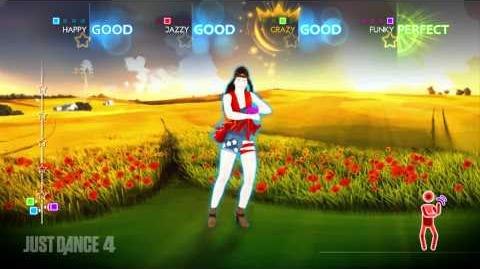 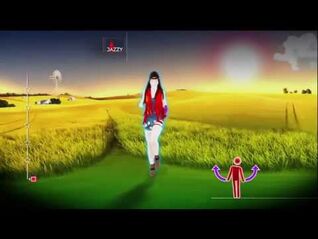 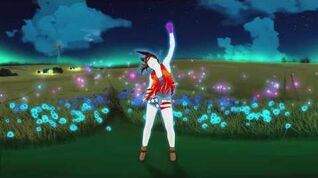