1A: Greenish Robin’s Egg Blue
1B: Daintree
2A: Razzmatazz
2B: Rosewood

P1: Periwinkle to Alto to Gray
P2: Hot Pink to Gray to Alto

The dancers are both men. 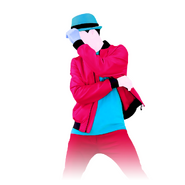 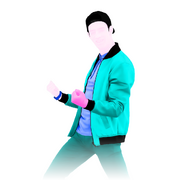 The background is very fast-paced and features several different animations very quickly. There is a split between the dancers, each dancer’s section is their opposite colors. A diagonal purple line appears with some thin circles and briefly turns black with two circles for each dancers’ main outfit. At the chorus, the background is split between pink and lavender horizontally. For a couple of seconds, P2 shoots a white line and P1 holds a white circle. They let go of them, and they turn into smaller lines and circles respectively. The next backdrop is a diagonal split, again, opposing the dancers’ outfits. It later turns pink and lavender from the men’s moves. A few seconds after the gold move, the background is a black and white spiral that is spinning very fast, being coated by red, blue, pink, and lavender diamonds, finally turning black and white with the colors also turning black and white.

Gold Moves 1, 2, 4, and 5: Swing your arms to the left in a full circle.
Gold Move 3: Shake your hands while facing each other.

Groove is featured in the following playlists: 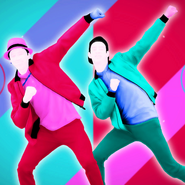 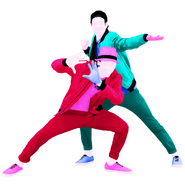 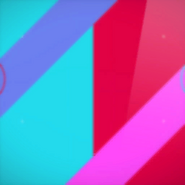 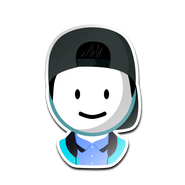 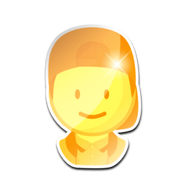 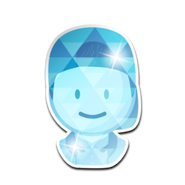 Groove on the Just Dance 2016 menu

Groove on the Just Dance 2018 menu

Groove on the Just Dance 2020 menu 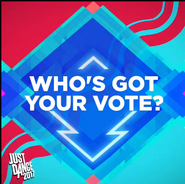 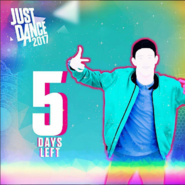 P2 appearing on the 5 days left banner, uploaded by @justdance_dk[2] 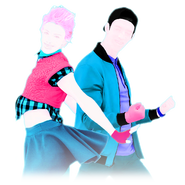 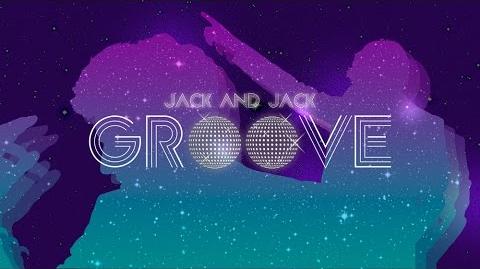 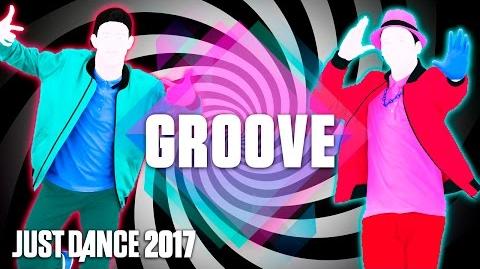 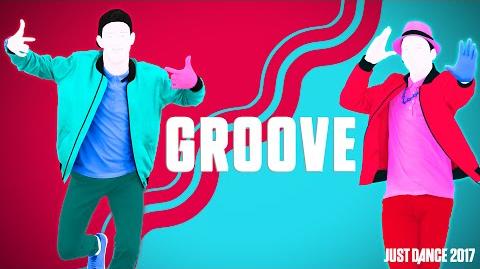 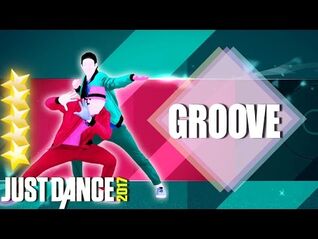 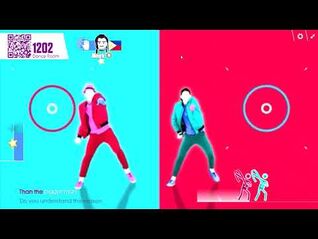 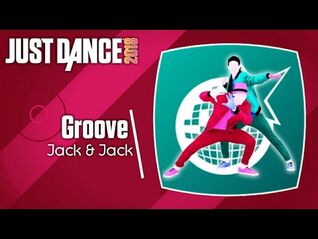 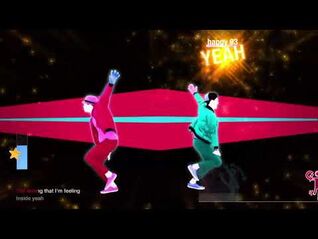 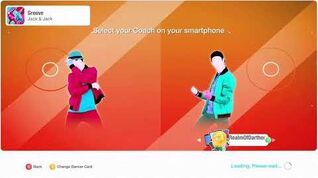 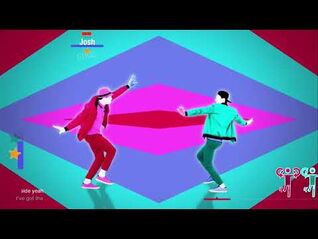 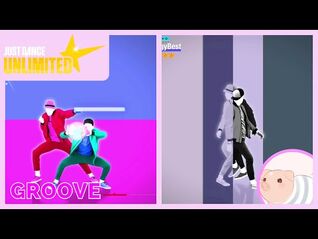 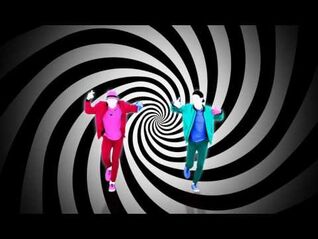 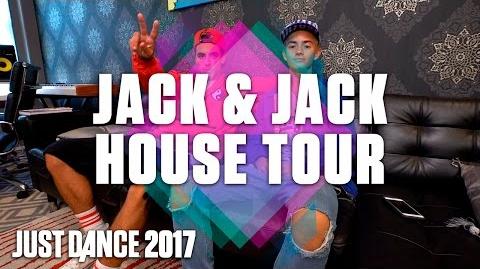