"Had Me @ Hello" by Olivia Holt from Girl vs. Monster is featured on Just Dance: Disney Party 2.

The dancer is a girl who resembles Skylar. She has medium blonde hair in a high ponytail that rests on her back. Her outfit includes a magenta bomber jacket with a pink sleeveless crop top under it. She wears blue denim pants secured with a black belt and a pair of short black boots.

The background resembles the stage where Skylar sings the song "Fearless" during the film. There is a circular pedestal under multiple layers of circles that form stairs to the middle of the pedestal. Four circular columns touching the edges of the pedestal stretch upward until they meet the ceiling, a square-shaped roof with the circle middle being gone, letting some sunlight pass through. The columns and roof are covered with deep green vines. The pedestal is on the mossy ground.

To the left is a short wall that has a circular lock-like design in the center. Two square columns near the same height as the wall stand next to the sides of the wall. To the right is the start of a large courtyard wall made out of tall square columns that meet at the top of one rectangular ceiling. The wall appears to extend further to the right. Behind everything are large green trees on an even larger grassy field. The field ends on a lush green forest.

In the verses and bridge, the time appears to be early morning, as the blue sky is filled with long white clouds. The sun shines at the left, through the trees in the front. During the rest of the routine, the sun suddenly moves to the right, thus changing the time of the day. It is now late noon as if the sun is about the set. The left of the screen is a deep purple, and gets brighter and more into shades of pink and orange the closer the sky is to the sun. At some points, red rose petals explode out of the dancer.

Gold Move: Stretch your hands out in a diagonal way and turn your head away. 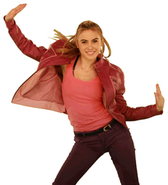 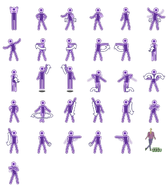 Had Me @ Hello on the Just Dance: Disney Party 2 menu

Appearance on the tutorial/loading screen 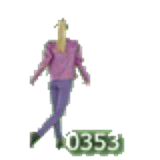 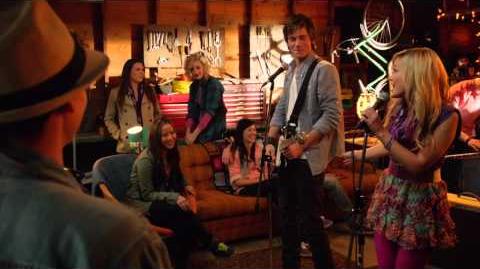 Had Me At Hello - Music Video - Girl vs. Monster - Disney Channel Official 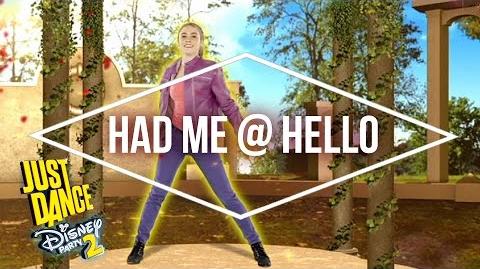 Just Dance Disney Party 2 – Girl vs. Monster – Had Me @ Hello - Official US 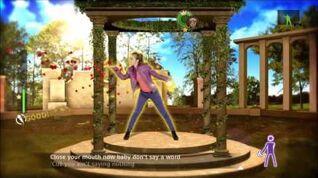 Just Dance Disney Party 2 Had Me At Hello

Retrieved from "https://justdance.fandom.com/wiki/Had_Me_@_Hello?oldid=1298666"
Community content is available under CC-BY-SA unless otherwise noted.