The dancer is a young man. He wears a pink wide brimmed hat with a blue ribbon over short black hair.

His outfit consists of a turquoise polo shirt with, on the top right, a pink square with a thick yellow border on its left and bottom sides, covering over half his collar. On the bottom right, a pink triangle with two thick stripes on top of it: a yellow one under a light green one.

He also wears turquoise pants, a light green watch on his left wrist and a lime green glove.

The background appears to be underwater with rings of water ripples appearing throughout the of the routine.

This section is a stub. You can help by adding to it.
There are 3 Gold Moves in this routine:

Gold Moves 1 and 3: Punch the air by bending your right arm 90° and moving it in a semicircular upward motion; at the same time, lift your right leg up.
Gold Move 2: While facing the left side, put your hands on your temples with your arms bent 45°, and lift your left knee up in the meanwhile. 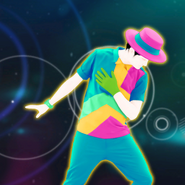 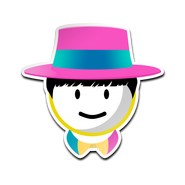 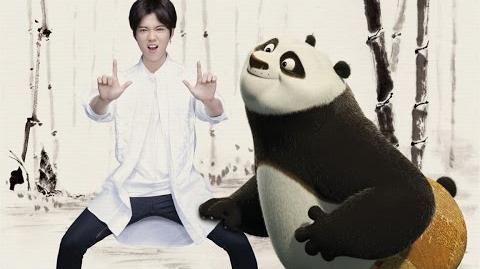 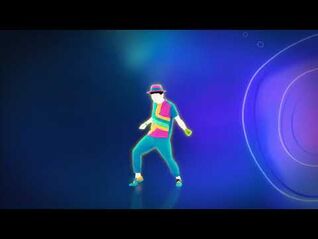