The dancer represents Michael Jackson. He has long black hair, a light blue shirt underneath a light blue jacket, which has a black stripe on the right sleeve, black pants and black shoes, In the outro, his skin and clothes turn black with stars all over his body.

There isn't a dancer in the Xbox 360 version of the game. It is replaced by a hologram of the player, which is recorded via Kinect.

The routine takes place in space, and the dancer is standing on the planet Earth. During the chorus, a large, starry sky appears, and the lyrics appear at the top as they are sung. In the outro, there are blue silhouettes of people moving their arms from one side to another.

The routine takes place in a blue room with yellow decorations.

The routine takes place on a stage, with a lot of people around it. Behind the player’s hologram there is a big screen, which shows the outer space and planet Earth surrounded by clouds. Towards to the end of the song, the words "Heal the World" in yellow cursive written form appear above the player and the planet Earth.

Gold Move: Slowly move your right arm over your head. 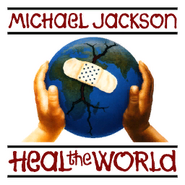 Heal The World on the Michael Jackson: The Experience menu (Wii)

Heal The World on the Michael Jackson: The Experience menu (PS3)

Heal The World on the Michael Jackson: The Experience menu (DS)

Heal The World on the Michael Jackson: The Experience menu (PSP) 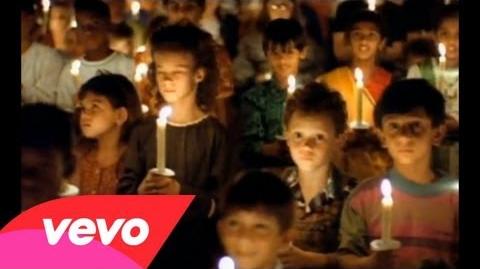 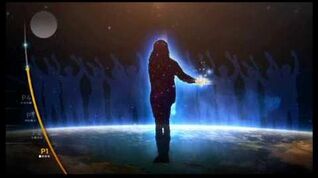 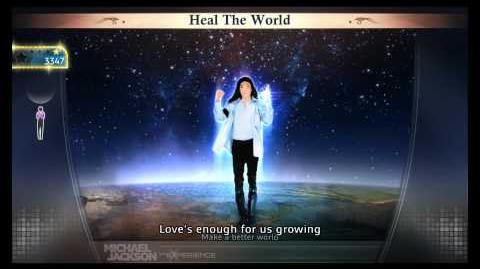 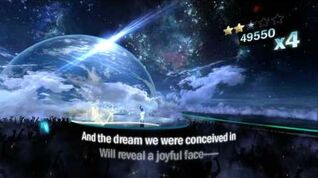 Retrieved from "https://justdance.fandom.com/wiki/Heal_The_World?oldid=1241530"
Community content is available under CC-BY-SA unless otherwise noted.