The dancers are both Japanese teenage schoolgirls.

P1 has blue hair in two pigtails. She wears a light pink dress shirt with a pink collar and pink cuffs, a light blue tie, and a navy blue vest with a pink lapel and chain. She also has a magenta skirt with navy blue on the inside of the pleats, pink knee-high socks with a white stripe at the top, and black slip-on shoes.

P2 has straight blue hair with a light blue hair clip. She wears a navy blue marching band jacket with light blue details, a periwinkle skirt with magenta on the inside of the pleats, periwinkle knee-high socks with a magenta bow at the top of each one, and a pair of black flats.

The routine appears to take place in front of a theater that resembles AKB48’s theater. There is a billboard with scrolling text that says "JUST DANCE SHOW" and "HAVE FUN TONIGHT" behind the dancers, and the floor tiles light up throughout the routine. 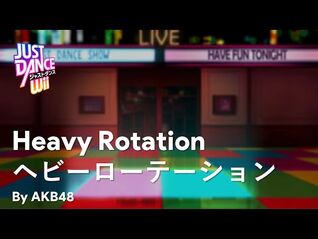 There are 5 Gold Moves for each coach in this routine: 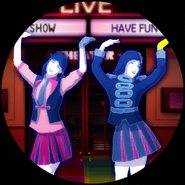 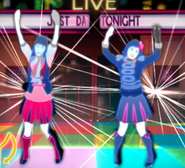 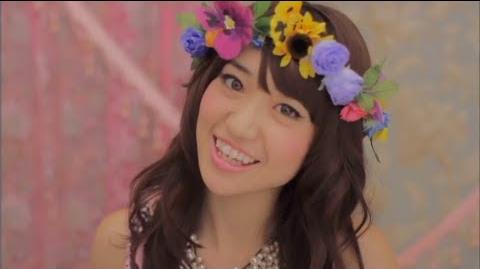 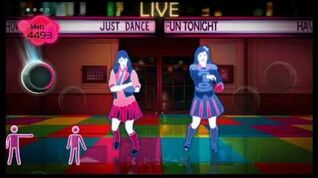 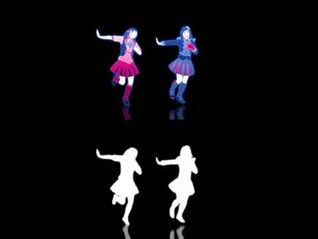