The lead dancer has brown hair in a ponytail, a blue denim jacket, a white and yellow dress with a black belt, and black boots.

The left dancer has long brown hair, a white dress with a red skirt, blue leggings, and black sneakers.

The right dancer has short black hair, a blue argyle, a rhombus patterned pullover with a light blue shirt underneath, black pants, and black sneakers.

The background takes place in what appears to be the apartment from Jessie. In the beginning, the lead dancer clicks the button of the apartment’s elevator and it sends her up and down throughout the song.

All Gold Moves: Jump up and down five times while punching the air with your right hand. 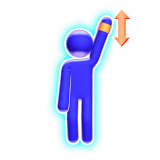 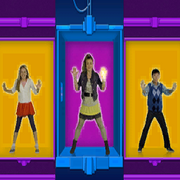 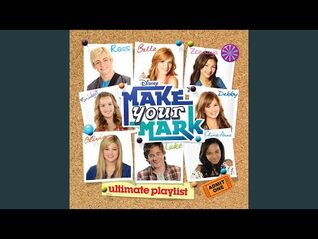 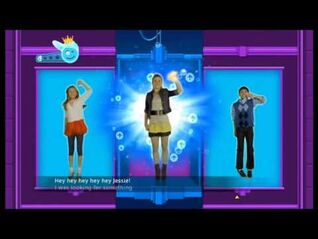 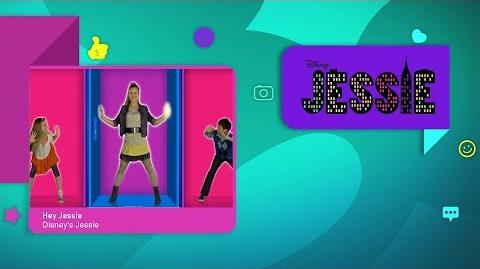 Retrieved from "https://justdance.fandom.com/wiki/Hey_Jessie?oldid=1358539"
Community content is available under CC-BY-SA unless otherwise noted.