This section is a stub. You can help by adding to it.
Four different dancers switch between the song. One of them is female and three of them are male.

The first dancer is a man. He appears 2 times throughout the routine. He resembles Taboo.

The second dancer is a man. He appears 2 times throughout the routine. He resembles will.i.am.

The third dancer is a woman. She appears once. She resembles Fergie.

The fourth dancer is a man. He appears once. He resembles apl.de.ap.

The dancers resemble members of The Black Eyed Peas. The first dancer resembles apl.de.ap., and is followed by dancers resembling Fergie, will.i.am, and Taboo. Their outfits vary depending on which venue the player chooses.

The routine seems to take place in an old fashioned building. The building has a sign that reads "The Black Eyed Peas". A black and white guitar can be seen. Under the guitar, it can be seen that there is something that might be a cabinet. The routine later changes to take place in a large car parking lot. The parking lot has graffiti on the walls. A video can be seen playing on the left. The background then switches to a very similar place where the official music video plays on the right.

There is 1 Gold Move in this routine:
Gold Move: Push your arms out and slowly bring them down in front of you.


Both Final Poses: Put your hands to your hips. 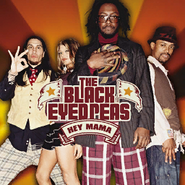 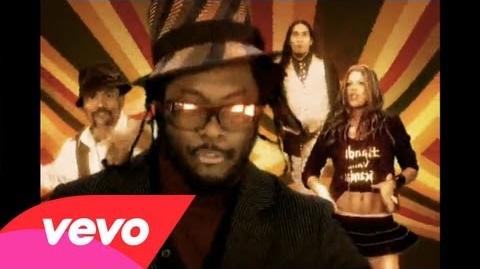 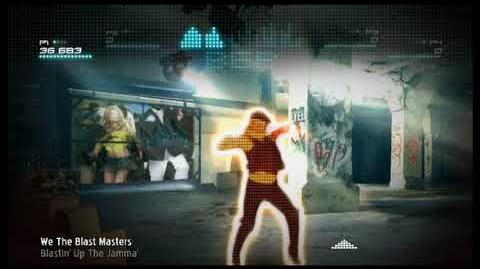 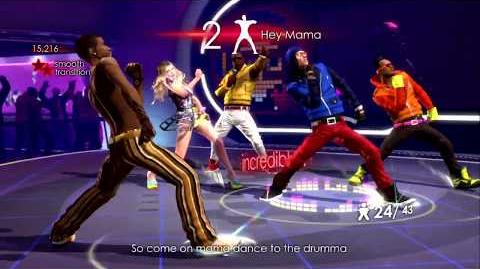 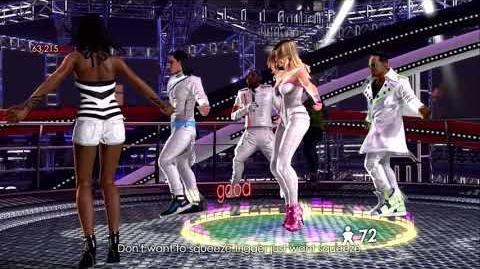 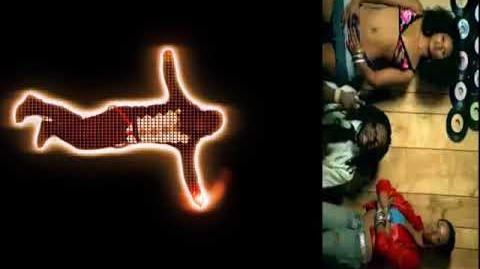 Retrieved from "https://justdance.fandom.com/wiki/Hey_Mama_(The_Black_Eyed_Peas_song)?oldid=1163085"
Community content is available under CC-BY-SA unless otherwise noted.