The dancer is a man. He is wearing a red and white checkered shirt with orange suspenders and glasses. He is also wearing a pink and blue hat, pink pants yellow and white striped socks, and purple shoes. He begins by materializing from glass and ends by shattering into glass shards.

In Just Dance: Greatest Hits/Best Of, when the song ends, the dancer turns to a white blur.

In the remake, the coach’s outfit is darker, his sunglasses' lenses are now fully black, and he also looks more realistic. His mouth is also slightly visible. At the end, he turns into a pink blur before shattering into glass shards. 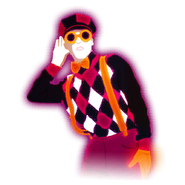 The background is a collage of different colored crystals. Around are some silhouetted stage lights, the ones above lighting up. The floor reflects off the background and dancer.

Starting with Just Dance: Greatest Hits/Best Of, there are more light effects. 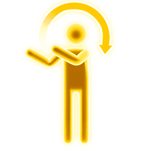 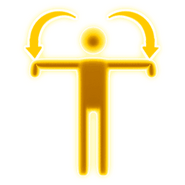 Hey Ya appears in Puppet/Party Master Modes. Here are the captions attributed to his dance moves:

Hey Ya appears in the following Dance Quest maps:

Hey Ya is featured in the following playlists: 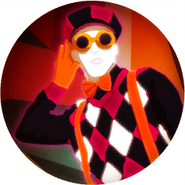 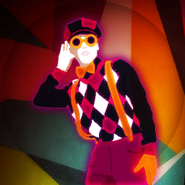 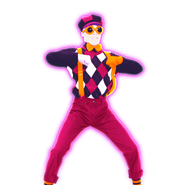 Hey Ya! on the Just Dance 2 menu

Hey Ya! on the Just Dance: Greatest Hits menu (Wii)

Hey Ya! on the Just Dance Now menu (updated) 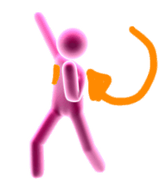 Additional pictograms in Pump It (Mashup) 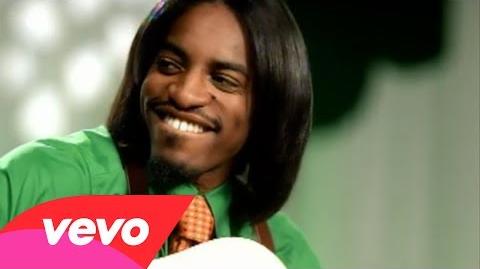 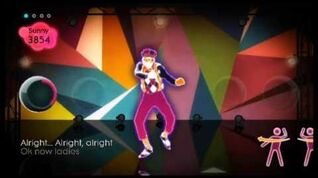 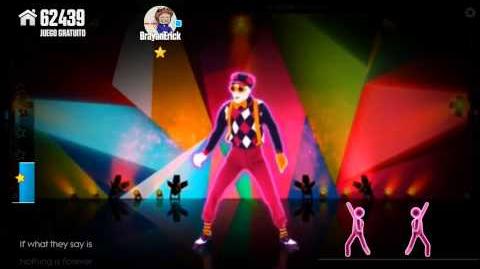 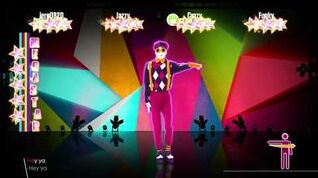 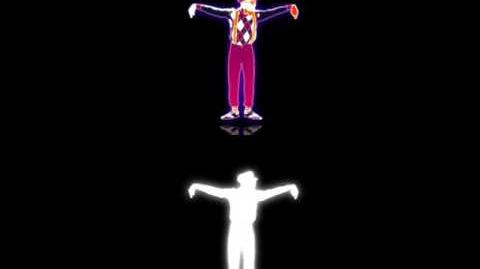 Retrieved from "https://justdance.fandom.com/wiki/Hey_Ya!?oldid=1255626"
Community content is available under CC-BY-SA unless otherwise noted.