Panic! at the Disco

Pray for the Wicked

NOW files
1A: Pacific Blue
1B: Bright Turquoise
2A: Koromiko
2B: Trinidad

P1: Thibaut Orsoni
P2: Sarah Magassa
P3: Jocelyn Laurent
P4: Cassandra Markopoulos[1]
"High Hopes" by Panic! at the Disco is featured on Just Dance 2020, where it is unlocked by finishing the All Stars Mode or by redeeming a code. It is also available on Just Dance Now, Just Dance Unlimited, and 舞力全开.

The routine is performed by a mixed-gender dance crew. Their outfits are based on Roman gladiators. They have purple outlines.

P1 is a man with short, black hair and a short, black beard. He wears a gold spiked helmet that leaves half of the back of his head exposed. He also wears a red one-sleeved shirt with black leather straps, two dagger holsters with orange and red ribbons, a black arm-length wraps in his right arm, a pair of black pants, and a pair of yellow shoes with black soles.

P2 is a woman with long, black hair in a ponytail. She wears a yellow bra with chains that attach on a black choker in her neck, black and pink arm wraps, a pair of golden wrist cuffs, a red skirt with a golden border, a pair of red knee-high socks, and a pair of flat, black ankle boots. Her accessories include a gold band on her hair, a golden tiara on her head, and a gold rope attached on the side of her skirt.

P3 is a man with short, black hair in a pompadour. He wears an orange tunic exposed on both sides, golden shoulder pads, a wide, black belt with gold embellishments and chains, a pair of red capris, and a pair of black leather boots. He has a pink-gold trident attached on his back by a black strap across his chest.

P4 is a woman with black and pink braids; her head is shaved on her left side. She wears a navy blue and yellow sleeveless dress with gold embellishments in the waist, a pair of orange knee-high socks with yellow shin-pads, and a pair of flat, black ankle boots. She has a golden sword attached to her back by a black strap across her chest and gold arm wraps on her elbow and wrist. 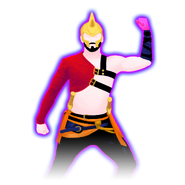 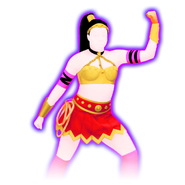 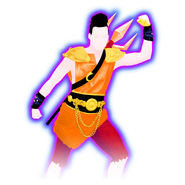 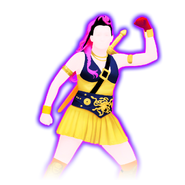 The background takes place at a coliseum. It starts on an elevator and rises upwards towards the entrance on the coliseum. It shows the entrance and transitions inside. The pink clouds in the sky have an exaggerated swirl pattern. Starting at the bridge, the dancers float away from the coliseum and enter the lavender sky. In the chorus, female statues appear on the clouds and dancers from previous routines that happen to be on the All-Star Mode, such as Lean On (P2), California Gurls, Swish Swish (P1), Starships, Hot N Cold, and the panda from the All Stars mode dance around on other clouds. During the line "Stay up on that rise", they move back into the entrance of the coliseum. At the third "high hopes" verse, the coaches appear back on the elevator. They also appear near the end to dance along with the coaches that were on the clouds earlier in the routine.

Gold Move 1: This is a Wave Gold Move which occurs in the following order:

Gold Move 2: Raise your right arm up high. This is a left-to-right Wave Gold Move.

High Hopes is featured in the following playlists: 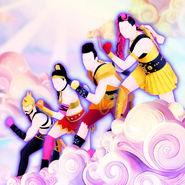 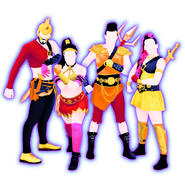 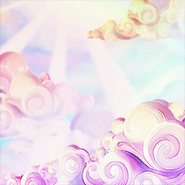 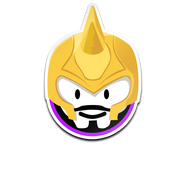 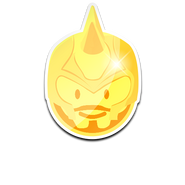 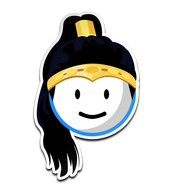 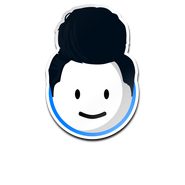 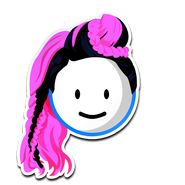 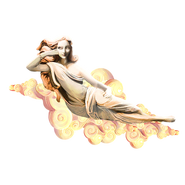 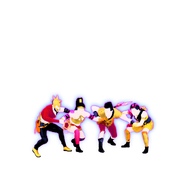 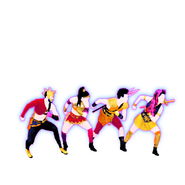 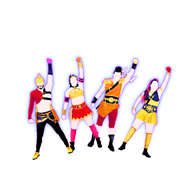 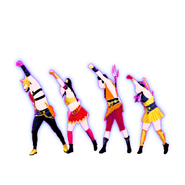 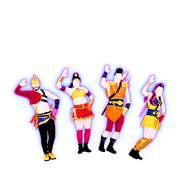 High Hopes on the All Stars Mode menu

The routine in a promotional picture on Amazon, along with P1 of Kill This Love

Behind the scenes (background crowd) 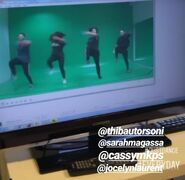 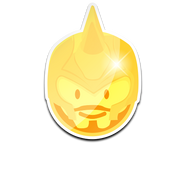 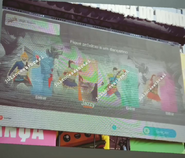 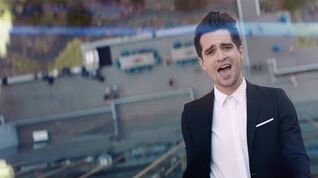 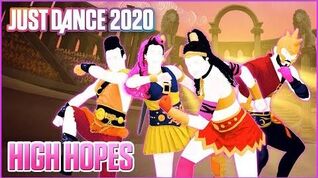 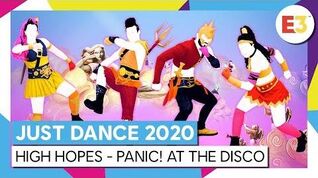 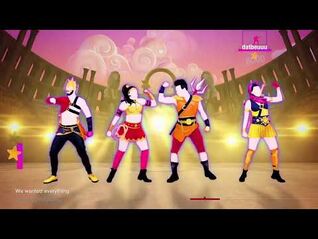 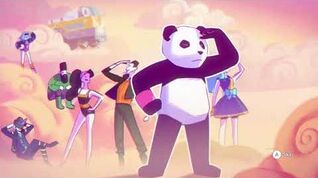 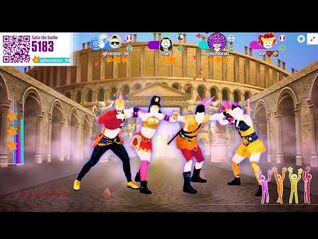 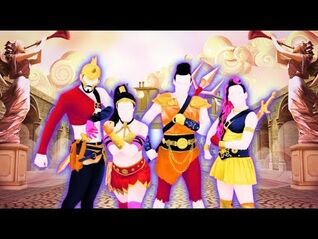