The coach is a girl with brown hair in two pigtails. She wears a fuchsia T-shirt with a brown belt, a blue skirt and brown leather boots. She represents Miley Stewart.

The routine starts outside a country warehouse shaking at the beat of the song, then a cheering crowd and the coach standing on a stage become. The stage has many lights and some windows. After a few seconds, two male backup dancers - one in a cowboy hat, a checkered shirt, blue jeans and a pair of black shoes, and the other wearing a brown cowboy hat, a blue shirt, black pants and brown shoes - appear. They represent Jackson Stewart and Travis Brody from the movie.

There are 5 Gold Moves in this routine.

All Gold Moves: Bend over to the right with your right arm extended forward. 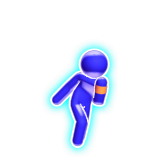 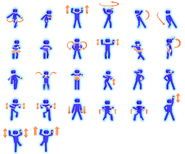 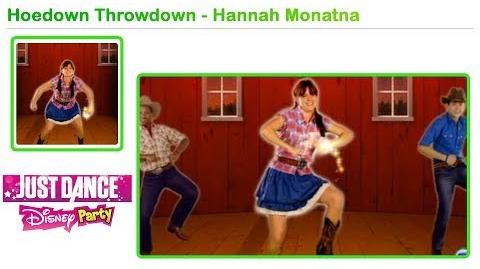 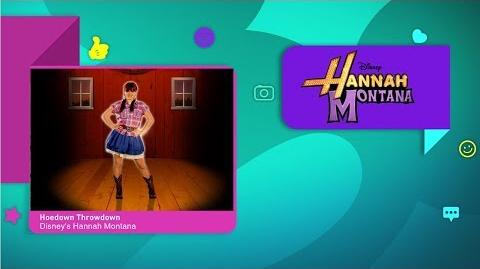 Retrieved from "https://justdance.fandom.com/wiki/Hoedown_Throwdown?oldid=1298901"
Community content is available under CC-BY-SA unless otherwise noted.