"Holiday" by Madonna (covered by The Hit Crew) is featured on Just Dance 2, Just Dance Unlimited, and Just Dance Now.

The dancer is a woman with tied up orange hair. She wears a yellow bandana around her head and has an orange crop top, a red skirt with yellow and white belts, orange leggings with white polka dots on them, and yellow sneakers. Her clothing starts off in dark shades of purple, and then her clothing will turn orange.

In the remake, she has a fuchsia outline (purple at the beginning), and she fades away before the end of the song. Otherwise, the coach is the exact same.

In the remake, the background is closer to the screen.

All Gold Moves: Throw both of your hands out in front of you, with your arms bent.

Holiday appears in the following Mashups:

Holiday appears in Puppet/Party Master Modes. Here are the captions attributed to her dance moves:

Holiday is featured in the following playlists: 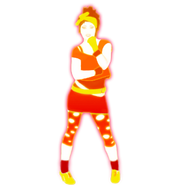 Holiday on the Just Dance 2 menu

Another beta photo, with minor differences to the outfit and a different layout of Just Sweat
Add a photo to this gallery

Pictograms that were later removed

Pictograms that replaced the removed ones

The beginning of the routine, when the coach turns purple.
Add a photo to this gallery 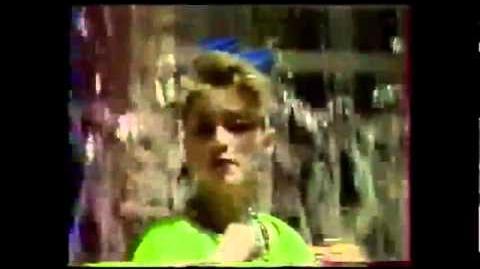 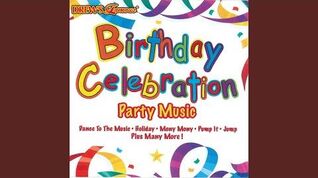 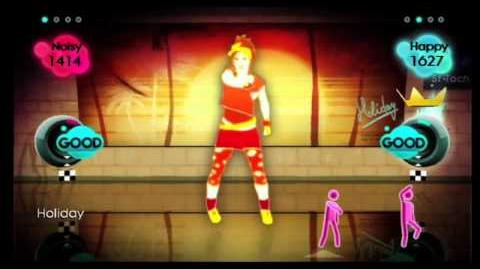 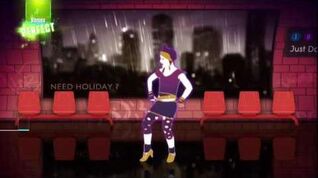 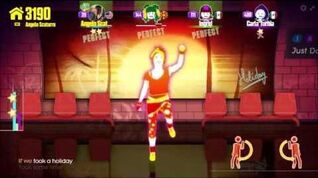 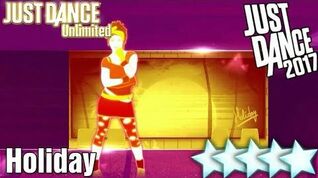 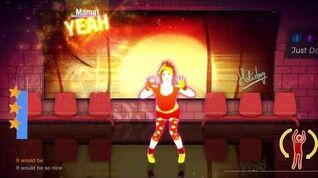 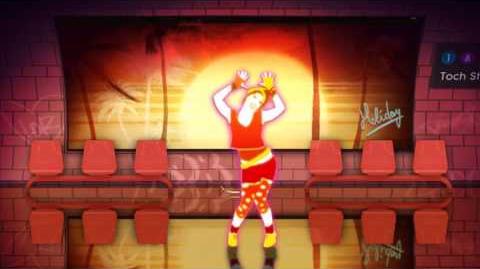 Retrieved from "https://justdance.fandom.com/wiki/Holiday?oldid=1149691"
Community content is available under CC-BY-SA unless otherwise noted.