P1 is a woman with an orange afro. She wears a golden dress and lavender heels.

P2 is a man who also has orange hair in an afro. He wears a purple suit with a star pattern, a white long sleeve shirt, and white platform shoes.

In the remake, she is a lot more realistic, her hair is blue, she wears a gold and red dress, a pink necklace, and belt, and her outline is sky blue.

In the remake, he is also a lot more realistic, his hair is blue, his suit is pink and red, and his glove is brown. 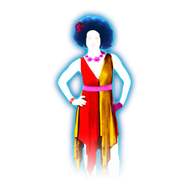 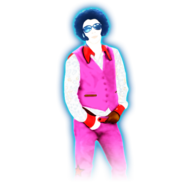 In the remake, during the bridge, the coaches turn completely black, and their clothes have a disco pattern that changes its gradient from lilac to blue.

The routine takes place in a disco with several lights on the floor. There is also an animated disco ball on the ceiling.

The routine now takes place in a lounge-like setting with a disco floor. There are lots of white lights around the floor, which animates following the coaches’ dance moves. There are multiple disco balls.

Both Gold Moves: Make a circle in the air with both of your arms, while exchanging place with your partner (P1 walks to the right and P2 walks to the left).

There are 2 Gold Moves in the remade version, both of which are the same:

Both Gold Moves: Point at your partner with both arms.

Hot Stuff is featured in the following playlists: 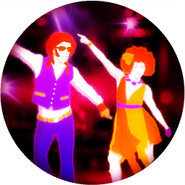 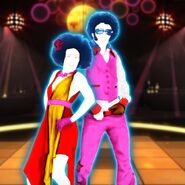 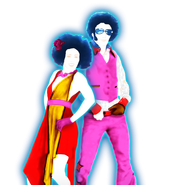 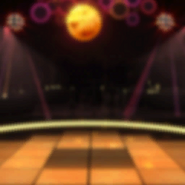 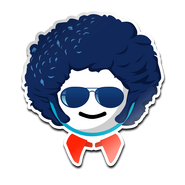 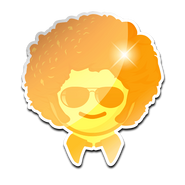 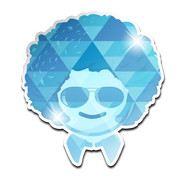 The dancers in a different color scheme

The glitch with P1’s hair in the remake

The glitch with P1’s dress in the remake

The glitch with P2’s hair in the remake 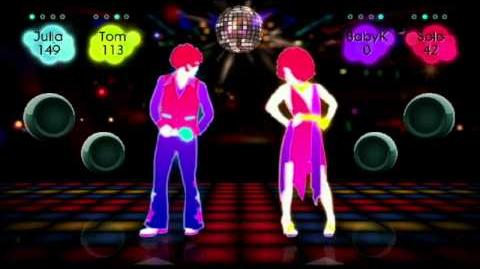 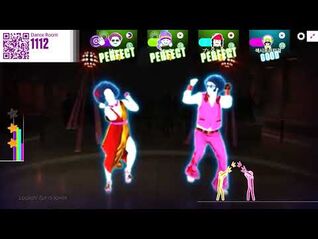 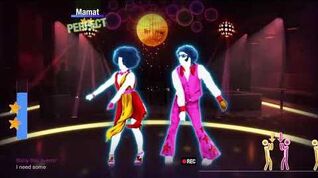 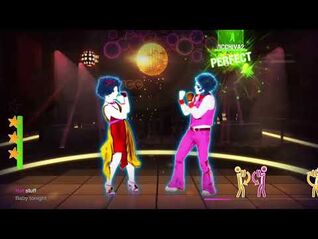 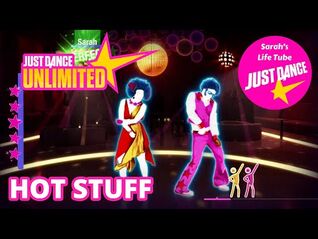 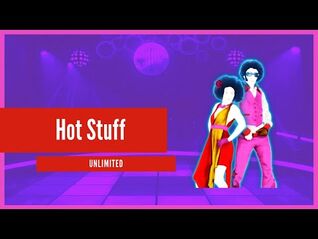 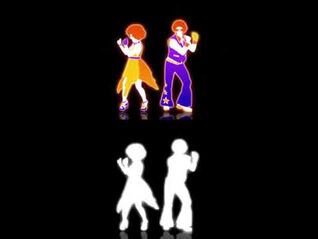 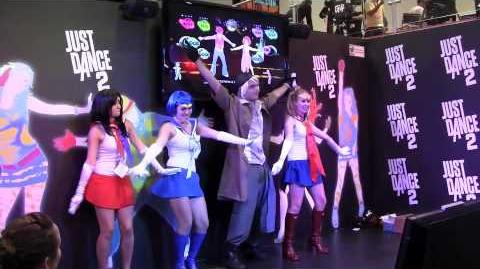