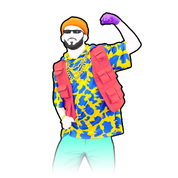 The dancer is a man with short, black beard, and an orange beanie covering his head. He wears a large yellow shirt with blue rosette spot patterns, a thick red sleeveless open vest, turquoise trousers, and orange shoes with pink, black, and yellow accents, white laces, and white thick soles. He also has black thin-framed sunglasses, a golden chain necklace, and a yellow bracelet in his left wrist. He has a black outline with an outer white ripped paper-like outline.

The background consists of multiple colorful graphic patterns, some of which are similar to the ones that had appeared in the music video, a lot of neon-like brush strokes, cheetah print patterns, and the song’s title in different fonts and colors.

Gold Move 1: Clap your hands to your right and stomp with your left foot.
Gold Move 2: Lower your arms in two crossed semi circle. 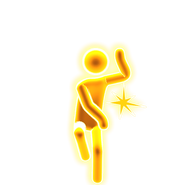 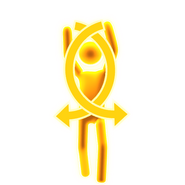 Hype appears in the following playlists: 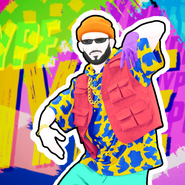 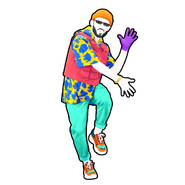 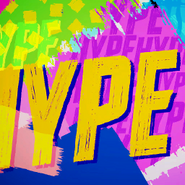 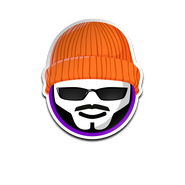 The coach appearing in a teaser for Virtual Paradise, along with Crayon (크레용) 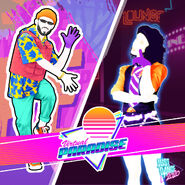 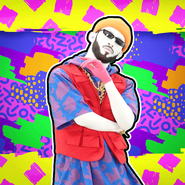 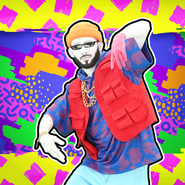 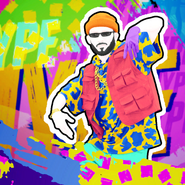 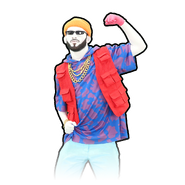 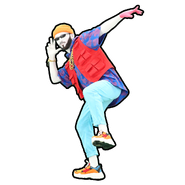 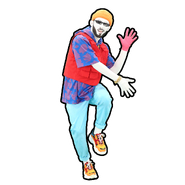 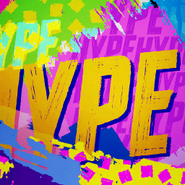 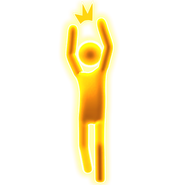 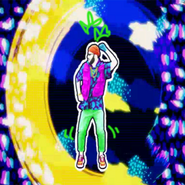 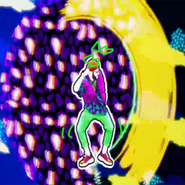 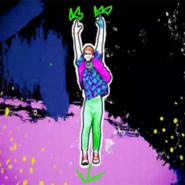 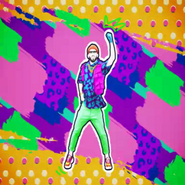 Beta pictograms 1, 2, and 3 (in the first one, the arm is positioned differently, the punch emblem is absent, and a shake emblem is placed next to the right foot) 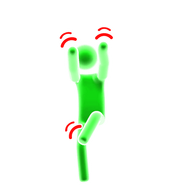 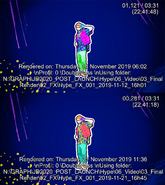 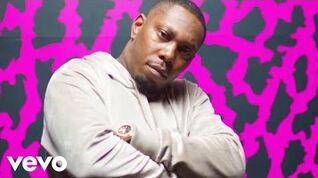 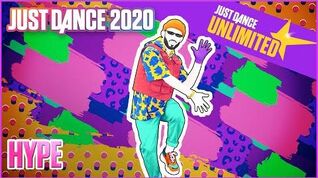 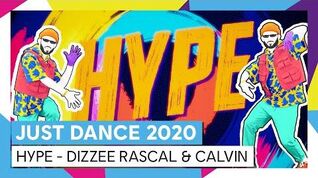 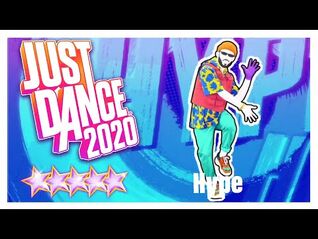 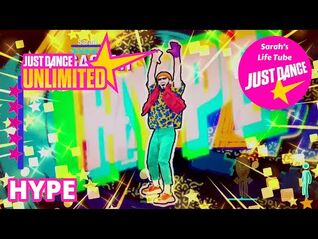 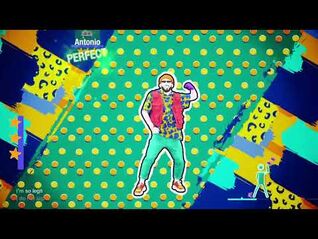 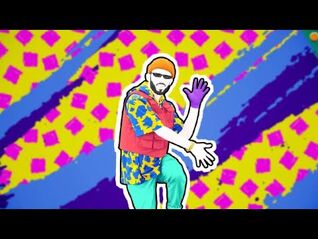