Under a Shady Tree

The dancer is a girl with short black hair tied in a bun. She wears an orange flower on her right ear, a white T-shirt with a big red part, black shorts with two little bows on the sides and white shoes with red laces.

The routine starts in the background from Intuition.

The left background dancer has brown hair in a ponytail, a green headband, a black jacket over a white fantasy-patterned T-shirt, denim blue leggings and red shoes.

The right background dancer has blonde hair in two buns with red laces, a grey-purple vest over a white and grey striped T-shirt, a grey skirt with fringes, pink leggings and black shoes with white laces.

The background switches to other sceneries, mainly recycled ones from the same game, everytime So I jumped into ... is sung. The backgrounds in order are Barbara Ann, Are You Sleeping, Hold Still, a pediatric ward with two beds, animal-shaped bookcases, and the rainbow from the beginning painted on the left wall, Song 2, Girls Can Too, and Follow the Leader.

All Gold Moves: Do a clockwise spin with your arms bent 90°. 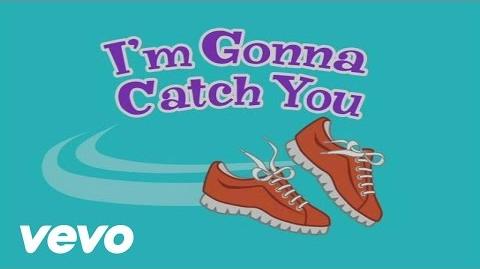 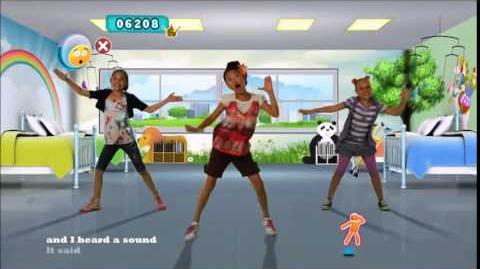 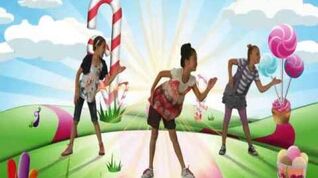 Retrieved from "https://justdance.fandom.com/wiki/I%E2%80%99m_Gonna_Catch_You?oldid=1075849"
Community content is available under CC-BY-SA unless otherwise noted.