I’ve Got a Dream

C1 wears a gray sweater under a black tank top with a brown belt, with metal bracelets on each wrist, black pants, socks, and gray shoes. He resembles Hook Hand.

C2 wears a red cloth with gold rope on his head, a necklace with two baubles, a maroon tunic with a red belt, and an orange collar, a white sweatshirt with salmon sleeves underneath, brown cargo shorts, beige socks, and brown shoes. He resembles Big Nose.

C3 has blonde hip length hair wrapped in pigtails, she wears a periwinkle dress with a lavender corset and purple flats. She resembles Rapunzel.

The routine takes place at the Snuggly Duckling. Hook Hand plays the piano the whole time, the old man playing Cupid and Attila and other bartenders make appearances every now and then and at the end, all of them appear onscreen.

All Gold Moves: Squat up and down. 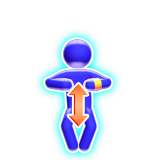 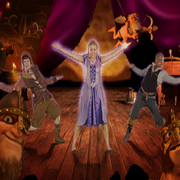 I’ve Got a Dream 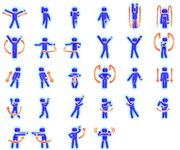 I’ve Got a Dream on the Just Dance: Disney Party menu

HD Tangled - I've Got A Dream 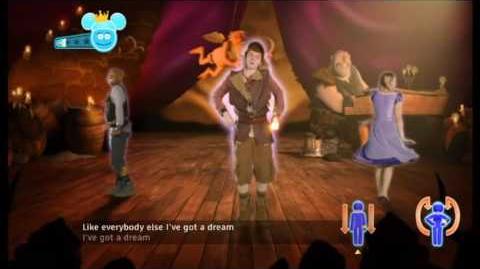 Retrieved from "https://justdance.fandom.com/wiki/I’ve_Got_a_Dream?oldid=1357698"
Community content is available under CC-BY-SA unless otherwise noted.