"I Feel It Coming" by The Weeknd featuring Daft Punk is featured on Just Dance 2019, Just Dance Now and Just Dance Unlimited.

The dancer is a man. His hair has a piece of it that is dyed pink. He wears a lavender buttoned jacket with orange strips. He wears black pants with lavender highlights and dark shoes. At the chorus parts, his clothes swap its colors from lavender to orange, and the orange stripes on his jacket turn lavender. He wears a pair of sunglasses.

The routine takes place within an area with waves with hexagonal patterns. In the beginning, the area is dark and the insides of the shapes light up in green.

As soon as the coach starts dancing, the lights flash and move with the dancer’s movements. In the pre-chorus, the scenery turns pink and squiggle-like shapes float in the air. During the chorus, the room turns dark orange, and circles with hexagonal shapes hover in the air, with the largest shape slowly approaching the dancer.

Gold Move 1: Kneel down with your hands on your knee.


Gold Move 2: Put both of your hands to the screen and bring them to your body. 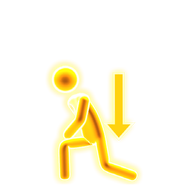 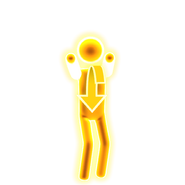 I Feel It Coming is featured in the following playlists: 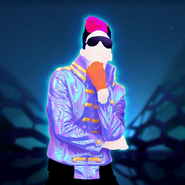 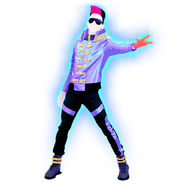 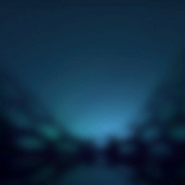 I Feel It Coming on the Just Dance Now menu

I Feel It Coming on the Just Dance 2020 menu 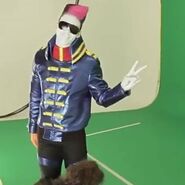 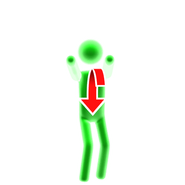 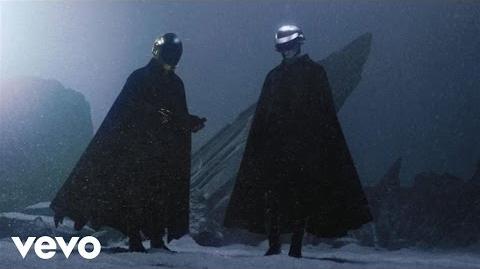 The Weeknd - I Feel It Coming ft. Daft Punk 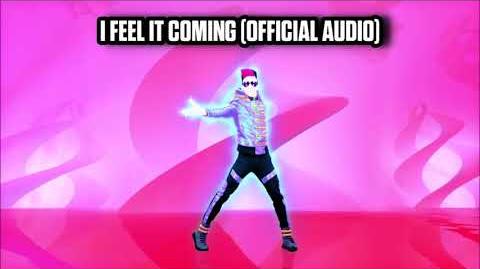 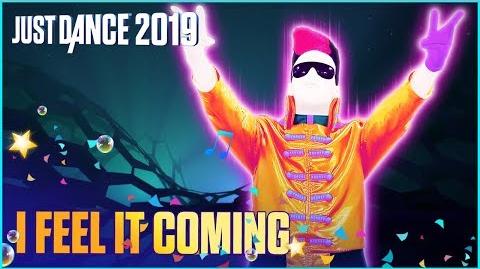 I Feel It Coming - Gameplay Teaser (US) 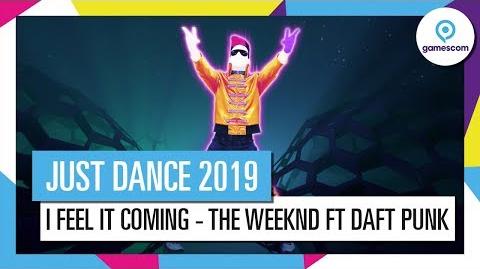 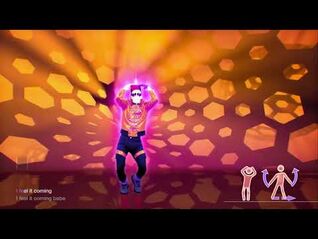 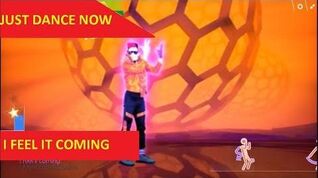 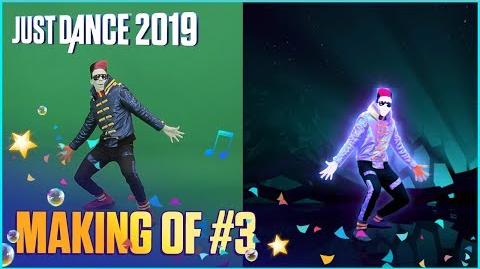 I Feel It Coming - Behind the Scenes (US) 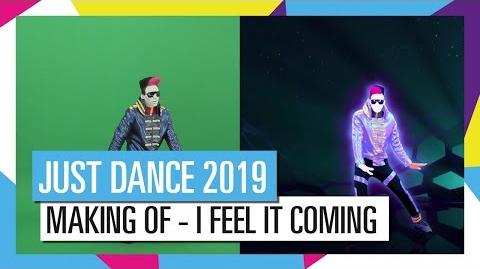 I Feel It Coming - Behind the Scenes (UK)

Retrieved from "https://justdance.fandom.com/wiki/I_Feel_It_Coming?oldid=1210488"
Community content is available under CC-BY-SA unless otherwise noted.