The dancer is a man who is wearing a red and orange shirt with dark red pants, an orange hat with a yellow line across it. The dancer is also wearing orange sneakers with bright yellow laces and white soles, and yellow suspenders, along with a yellow bow-tie. In the remake, nothing has changed, but the coach does not fade away at the end of the routine and his color scheme does not turn red for a split second in the intro, unlike the original.

The background is a stage with yellow striped panels, which are really shiny. Behind the dancer is a black circle, near which there are blue and red stripes. There are four yellow spotlights on the floor, which is dark and reflective.

All Gold Moves: Point up with your right arm. 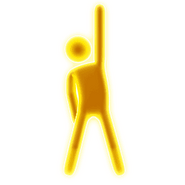 I Got You (I Feel Good) appears in the following Mashups:

I Got You (I Feel Good) appears in Puppet/Party Master Modes. Here are the captions attributed to his dance moves: 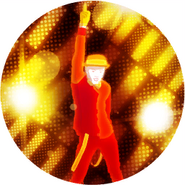 The coach in a different color palette 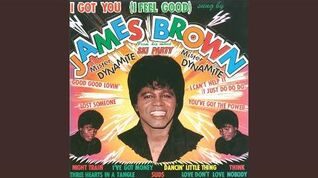 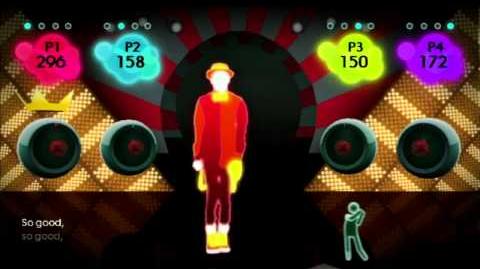 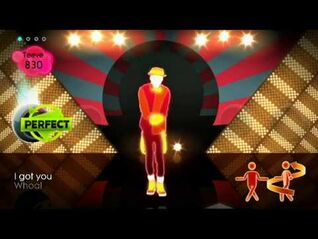 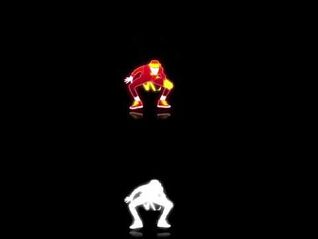 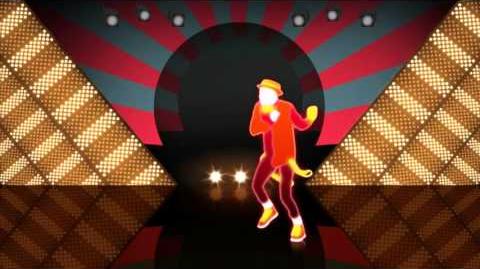 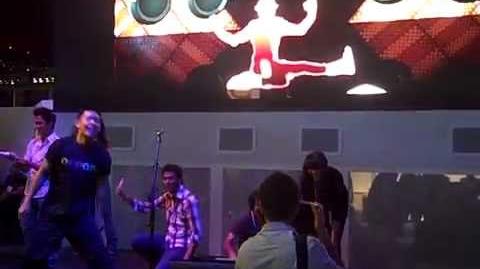