I Just Can’t Stop Loving You

"I Just Can’t Stop Loving You" by Michael Jackson and Siedah Garrett was planned to be on the Wii version of Michael Jackson: The Experience, but was scrapped for unknown reasons.[1] It would later be placed onto the PS3, Xbox 360, and iPad 2 versions of the game.

P2 is a lady with curly hair wearing a red dress and red shoes.

The background is a stage with blue and light purple lights and a huge light blue screen randomly displaying the song lyrics.

All Gold Moves: Put your right arm up at a right angle. The pictogram is the same for both players. 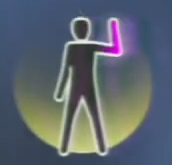 I Just Can’t Stop Loving You on the Michael Jackson: The Experience menu (PS3) 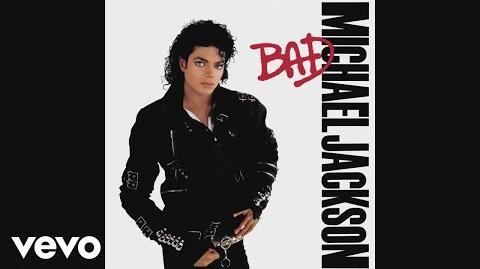 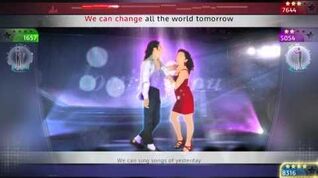 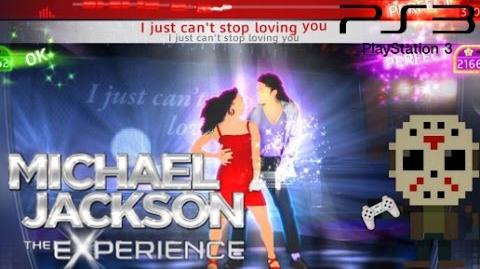 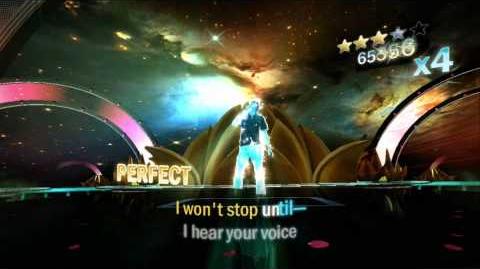 Retrieved from "https://justdance.fandom.com/wiki/I_Just_Can%E2%80%99t_Stop_Loving_You?oldid=1297140"
Community content is available under CC-BY-SA unless otherwise noted.