I Like It (Cardi B, Bad Bunny and J Balvin song)

NOW files
1A: Caribbean Green
1B: Blue Stone
2A: Purple
2B: Pigment Indigo

The dancers consist of two men and a woman. Each dancer is surrounded by a different colored outline.

P1 is a man with short, black, curly hair. He wears a red bandana around his head, a pair of black sunglasses, a brown blazer with a dark gold damask pattern, a yellow shirt, a bronze chain necklace, a pair of black pants with red and dark gold patterns, and a pair of yellow and black sneakers. He also wears a single gold bangle in his left arm and golden rings. His outline is red. When Bad Bunny’s part comes up, he gets bigger than P2 and P3.

P2 is a woman. She wears a pair of black cat-eye sunglasses with red frames, a pair of light gold hoop earrings, bronze necklaces, a hot pink head wrap covering her hair, blazer, and side-cut pants with blue flower petals, and a pair of gold ankle-strap high heels. She also wears golden bangles in both wrists and golden rings in her left hand. Her outline is blue. When Cardi B's part comes up, she gets bigger than P1 and P3.

P3 is a man with mid-length hair in cornrows and a short, black beard. He wears a pair of black round sunglasses with bronze frames, a blue romper with a red houndstooth pattern, a thin, black leather belt, a bronze necklace, and a pair of orange loafers with pink socks. He also wears a golden bangle with a black strap in his left wrist. His outline is bright yellow. When J Balvin’s part comes up, he gets bigger than P2 and P1. 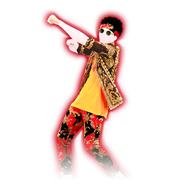 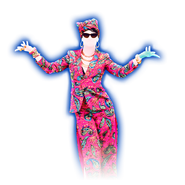 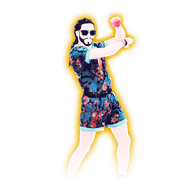 The background takes place in a room with glass walls. There are also square glass tiles on the floor that glow on occasion. Throughout the routine, the color scheme of the room changes in correspondence to each coach. Exceptions include the intro and outro. At those times, the room becomes dark (save for the purple floor) with spinning purple outlines of diamonds everywhere.

During each verse, the room switches to one color scheme, in order of P2, P1, and P3. Throughout each verse, the tile under each leading coach lights up, while the floor consists of diamond patterns. While P2 takes the floor, the room is hot pink; a backdrop zooms up towards P2 and the walls have thin, pink flowers that slowly spin around. A purple slash flashes behind P2 when the verse occurs. While P1 takes the floor, the left backdrop is yellow, another wall is black, and the floor is orange. The walls have orange damask patterns during P1’s performance, as well as a flashing orange slash. When P3 takes the floor, the right backdrop zooms up, and leaf patterns cover every wall. There is also a flashing blue slash on the right backdrop.

At every chorus, the walls turn black and each backdrop splits between yellow, pink, and blue to match the dancers. Each coach’s design present in the verses appear on the corresponding backdrops. The floor shines purple, with a long, brighter runway under each coaches’ feet. Afterwards, the designs on the backdrops soon turn into thin lines, with the lines retaining each coaches’ respective colors.

Gold Move 1: Raise your right arm up, move your left arm to the right, then run to the left.
Gold Move 2: This is a right-to-left Wave Gold Move:

I Like It is featured in the following playlists: 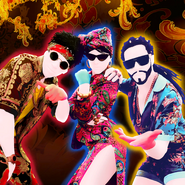 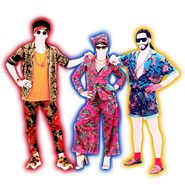 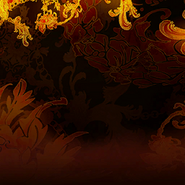 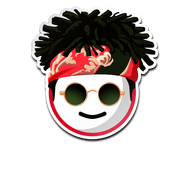 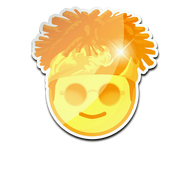 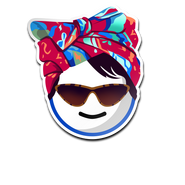 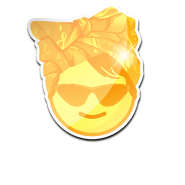 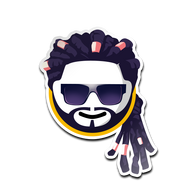 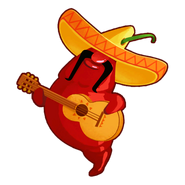 Sticker unlocked from dancing to I Like It three times

I Like It on the Just Dance Now menu (2017 update, computer)

I Like It on the Just Dance Now menu (2020 update, computer)

P1 in another promotional image from Amazon, along with God Is a Woman 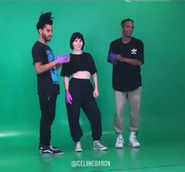 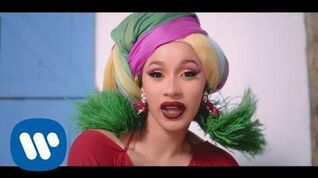 Cardi B, Bad Bunny & J Balvin - I Like It Official Music Video 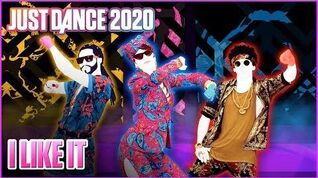 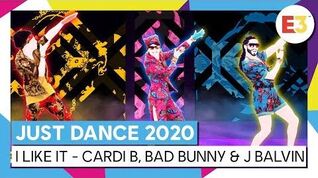 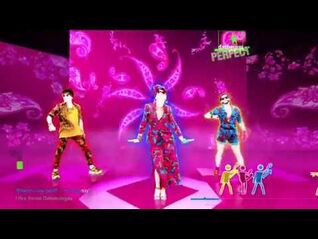 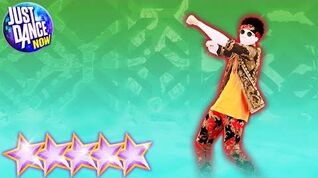 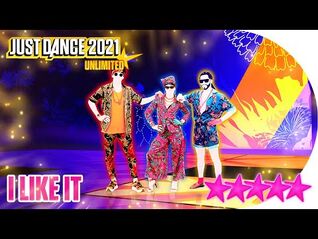