< I Love It
View source
watch 02:52
Roblox: DeepWoken - The Loop
Do you like this video?
Play Sound

I Love It
(Guards Dance)

P2: Kyf Ekamé[2]
"I Love It" (Guards Dance) is playable on Just Dance 2015 and 舞力全开2015, where the routine can be unlocked through normal gameplay.

Both dancers are men dressed as British royal guards. They are wearing light blue bearskins, red tunics, and black pants and shoes. Each tunic has seven buttons before it reaches their belts. P1’s belt is light yellow, and P2’s is pink. Their shoulder pads and buttons are the same color as their belts. 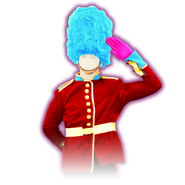 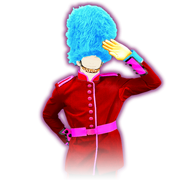 The background seems to be at a museum with two guard booths. The background is mostly purple and dark blue with light purple spotlights appearing occasionally. 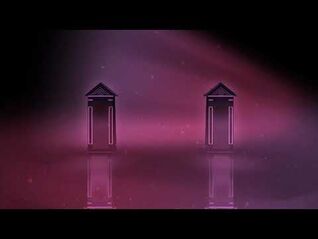 All Gold Moves: Tap on your head three times while moving to the right.

I Love It (Guards Dance) is featured in the following Mashups: 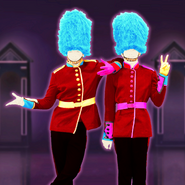 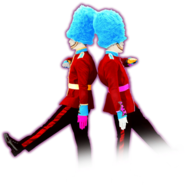 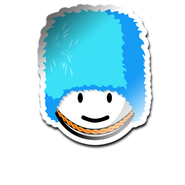 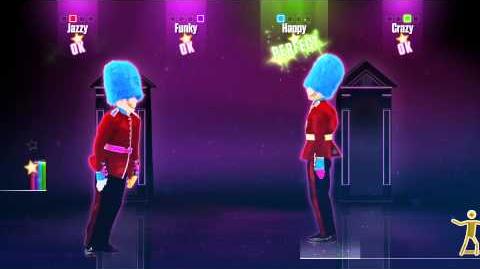 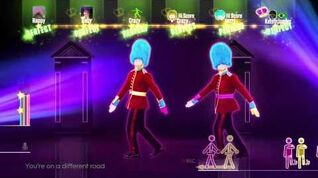 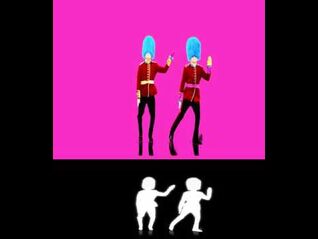