Both of the dancers are men.

P1 has short black hair, and wears a red fringe vest, a grey shirt, black pants with red loose fringes, and a pair of black shoes.

P2 has short black hair in a chignon, and wears a dark red sleeveless shirt, dark red arm warmers, black pants with red fringes on the sides, and a pair of black shoes. 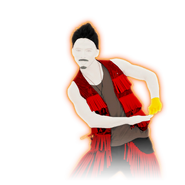 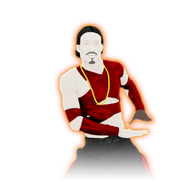 The background is a stadium with numerous lights on the floor, fireworks, and a screen that shows the routine. The main colors are blue, purple and pink. 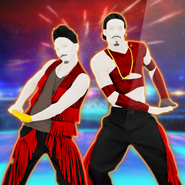 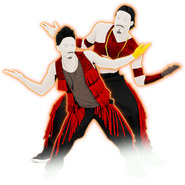 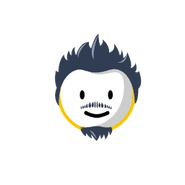 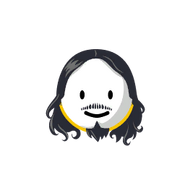 I Wish For You on the Just Dance Wii U menu 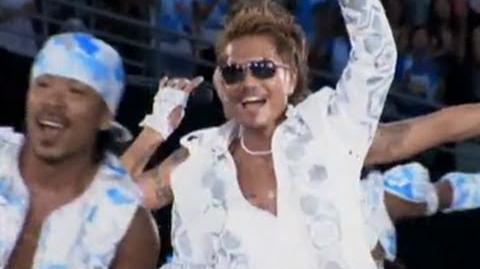 EXILE I Wish For You （full ver. オフィシャル動画） 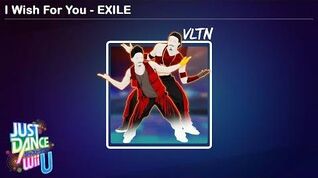 I Wish For You - EXILE Just Dance Wii U