The routine is a duet of two girls with black hair. They both have similar outfits, which consists of a kimono top with the right side sleeveless and the left side containing a loose sleeve, yellow ribbons on their chest, a hair accessory on their hair, a shiny obi (Japanese cloth belt with a ribbon on the back), patterned skirts, black and colored knee high socks, and white shoes tied with colored laces.

P1's color is in shades of lime green. Her hair is styled in pigtails with a green flower hair accessory on the right side of her hair. Her skirt contains square patterns, which has black, lime and dark green colors.

P2's color is in shades of red. Her hair is styled in a mid-side ponytail with a red flower hair accessory on the left side of her hair. Her skirt contains a black and red pleated stripe pattern. 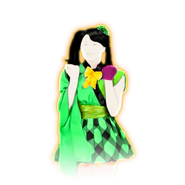 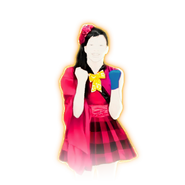 It starts off with a brick wall with police lights shining around, along with some rainbow lines from the top corners. The brick wall also consists of handcuffs and police tape that read "Momoiro Clover Z" on it. At the chorus it changes to a black stage of rainbow lights and colorful waving red and green glowsticks. 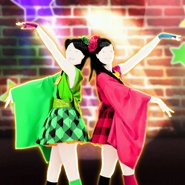 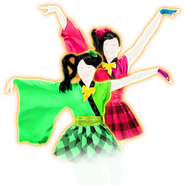 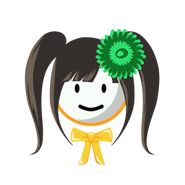 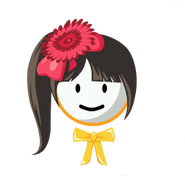 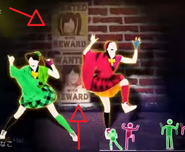 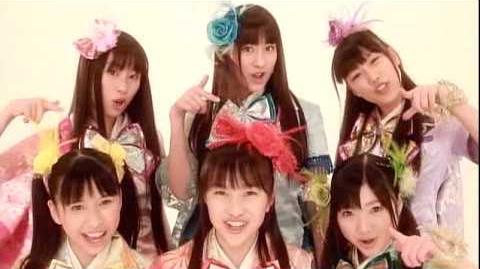 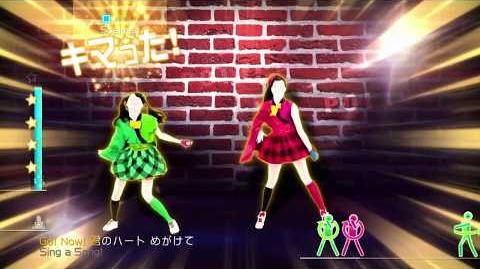 Retrieved from "https://justdance.fandom.com/wiki/Ikuze!_Kait%C5%8D_Sh%C5%8Djo?oldid=1142948"
Community content is available under CC-BY-SA unless otherwise noted.