The coach is a woman with a purple bob cut and round orange-and-yellow ears on her headband. She wears indigo sunglasses with a red curve on the bottom side, a yellow cropped sweater, a matching bra underneath, purple jeans with mint green polka dots, and reddish-orange heeled boots with black edging. Her glove is the same shade of mint green as the polka dots on her pants.

The background shows multiple rooms that appear through out the song. The rooms are colored pink, light blue, yellow and black (with pink highlights), though the latter only occurs at the bridge. Various things appear in the background such as fish, pots and pans, and furniture, said furniture including television, sofas and fridge.

All Gold Moves: Shake your hips and hands with your left hand near your left shoulder and with your right hand up in the air. 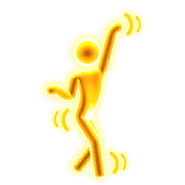 Imya 505 is featured in the following playlists: 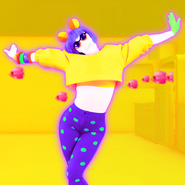 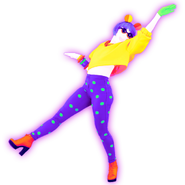 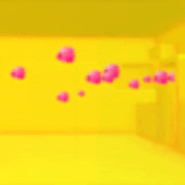 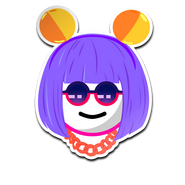 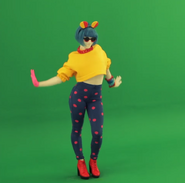 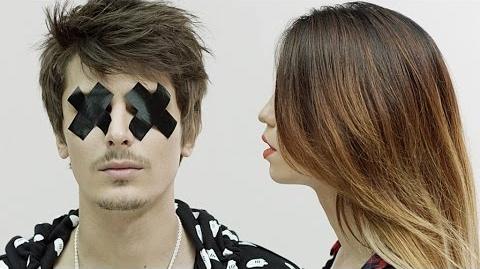 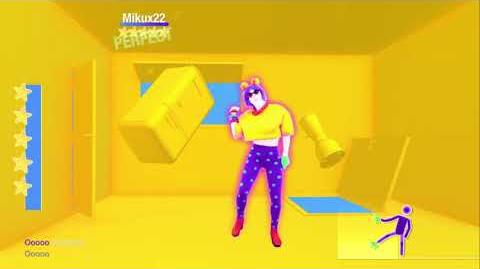 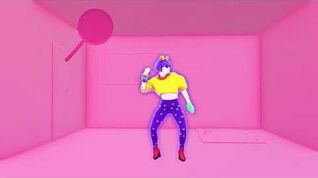 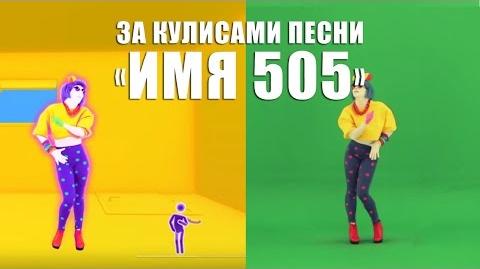 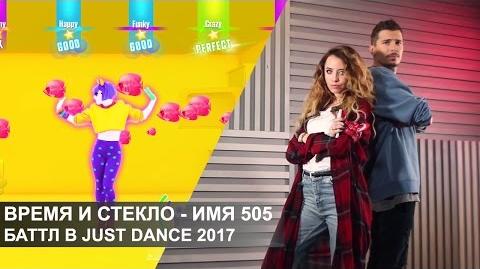 Retrieved from "https://justdance.fandom.com/wiki/Imya_505?oldid=1382570"
Community content is available under CC-BY-SA unless otherwise noted.