P1 is a boy resembling Michael Jackson. He has black hair in a ponytail with an Ocher sleeveless shirt, dark brown pants, and brown shoes.

P2 is a girl with long black hair. She wears a brown bra, a brown skirt, and brown heeled shoes.

The coaches start dancing in front of a dark shaded wall with the reflection of a grill. Then, it transitions to a desert, where a ruined house, an old car, and two dry trees lie.

There are 2 Gold Moves in the Wii and PS3 versions of the routine:

Both Gold Moves: P1 puts his hands on his hips facing P2, while P2 opens her arms. 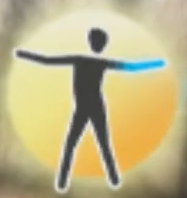 In The Closet on the Michael Jackson: The Experience menu (Wii) 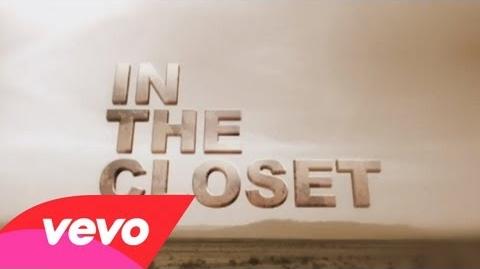 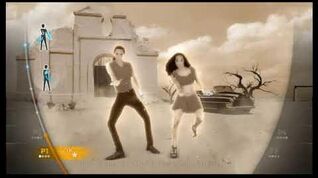 Michael Jackson The Experience In the Closet HD (Audio Muted) 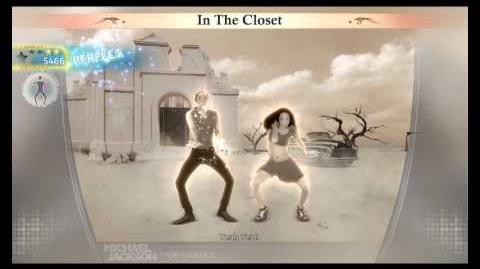 In The Closet - Michael Jackson The Experience (PS3) 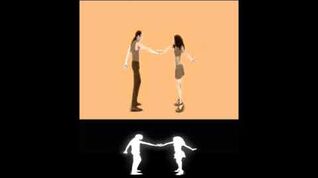 In The Closet - Michael Jackson The Experience (Extraction)-0

Retrieved from "https://justdance.fandom.com/wiki/In_The_Closet?oldid=1166760"
Community content is available under CC-BY-SA unless otherwise noted.