The dancers are four men dressed in pirate-themed costumes. They have solid black and white outlines.

P1 has long, black dreadlocks and a black beard. A solid yellow bandana is wrapped around his forehead and small gold cuffs are seen in his hair. He wears a sky blue shirt beneath a long, golden yellow trench coat. The coat has glittery purple trim and cuffs on the sleeves with gold clasps. He wears black pants with a thick, fuchsia waistband supported by a black belt with a large gold buckle. He has knee-high mint green boots with a small buckle on the side, and a gold hook for a hand on his right. He wears an assortment of thin, black necklaces, one with gold spikes. His glove is fuchsia.

P2 is taller than P1 and P3. The dancer has a high, black ponytail and a small black mustache. He has a yellow headwrap around the forehead and a heart-shaped, sky blue eyepatch with a black band. His top is a mint green, open collared shirt with puffy sleeves and small ruffles around the chest. Over that is a glittery purple vest and a black crossbody strap connecting to his belt, both having many gold trinkets attached. He wears fuchsia pants with large, layered bellbottoms and a sky blue waistband. His shoes are yellow and have a large platform heel. a yellow handkerchief hangs from the belt and a sword with a gold handle and black blade is sheathed. Small gold cuffs are wrapped around the sleeves of his shirt at his wrists. His glove is yellow.

P3 is the shortest dancer. He has a long, black ponytail with a sky blue ribbon only visible from the back, as well as a long, black horseshoe mustache. A black pirate’s hat with a gold buckle and two very long feathers (one fuchsia and one mint green) is on his head. He wears a black, elbow-length shirt with an exposed chest, similar to P2's top. Large, yellow ruffles line the end of the sleeves and opening of the shirt. He also wears loose, purple pants, with a mint green band around the waist and his right ankle. A black belt with various gold fastenings is also around his waist, with a larger, curved, gold sword sheathed. His shoes are chunky, black boots. There is a thin gold bangle on his right hand. His glove is a sky blue.

P4 (aka Charles The Parrot[7]) wears a large bird mask on his head, resembling a macaw. It is mostly yellow, with a row of large, golden yellow and fuchsia feathers on the top and going down the back of the head. The mask features a black beak and eyes with blue lids and black pupils. The dancer is shirtless, but a large collar of feathers is worn around his neck and chest. He wears small, Speedo-like, sky blue briefs and a large yellow band from his waist to his navel. A thick black belt and large gold buckle is over this. Attached to his back is a large, feathery "tail" accessory, with fluffy, magenta feathers and thinner, yellow feathers protruding. His heels are yellow and have thick black soles. He accessorizes with a gold and sky blue cuff on his right hand. His glove is a mint green. 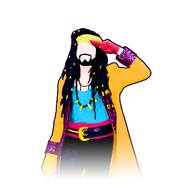 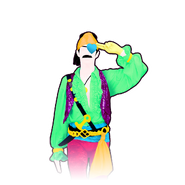 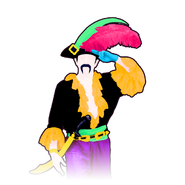 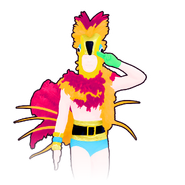 During the verses, the background is in the style of a cartoon "pirate's treasure" map. Many rocks and sea creatures appear from out of the ocean. Animated seagulls fly by. A man in a small rowboat can be seen fleeing a large, blue sea monster, and a pirate ship shaped like a parrot floats along. The camera follows a red dotted line traveling to islands on the map. The islands have clouds, palm trees, barrels, chests, and topographical drawings like mountains on them.

At the chorus, the dancers enter a dilapidated building labeled "Tavern". The interior is dark, with mostly everything being a deep shade of blue. The flooring is wooden planks and there are long, wooden support beams across the ceiling. At the back of the building is a large ship’s wheel that turns and glows pink from the center. It flashes rays of light to the beat, creating a disco ball-like effect in the room. Random planks on the floor glow a rainbow of colors. There are four barrels with animated animals sitting atop clapping to the beat or lip syncing to the hook. From left to right, there is a red crab, an indigo octopus, a colorful parrot, and a lavender octopus. All but the parrot have a small mustache and each creature wears a different hat with a heart on it.

In the bridge, the background returns to the treasure map. Three groups of crabs like the one in the Tavern appear in the water. They pop out of the waves corresponding with the direction the dancer's point.

In The Navy is featured in the following playlists: 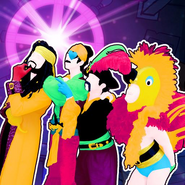 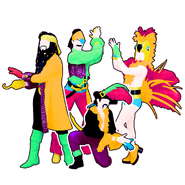 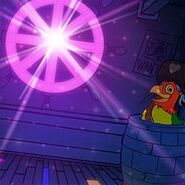 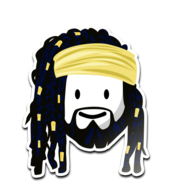 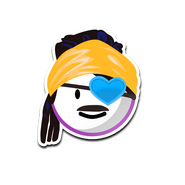 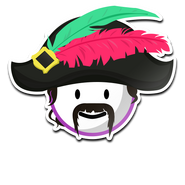 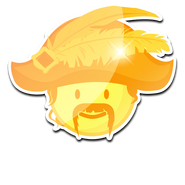 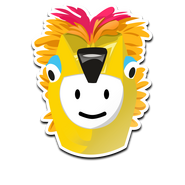 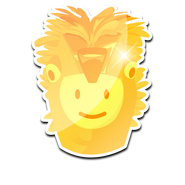 In The Navy on the Just Dance Now menu (computer)

In The Navy on the Just Dance Now menu (phone) 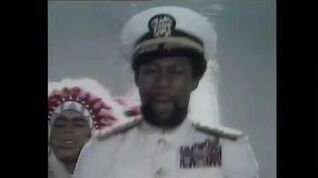 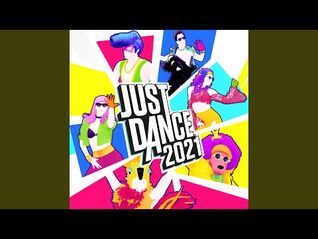 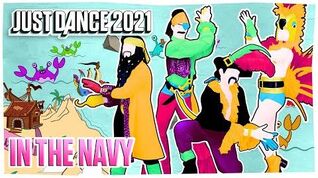 In The Navy - Gameplay Teaser (US) 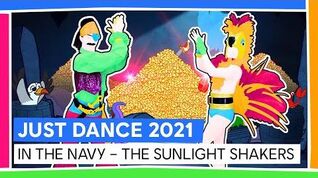 In The Navy - Gameplay Teaser (UK) 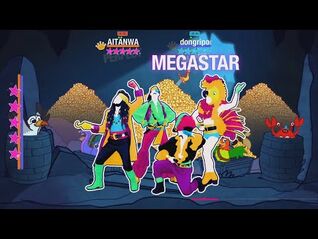 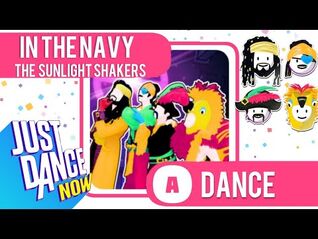 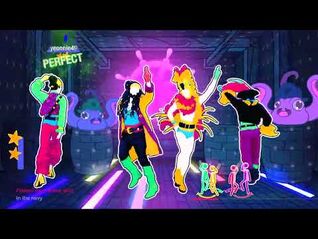 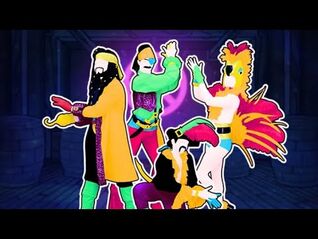 Just Dance In The Navy (No Hud)