In the Hall of the Pixel King 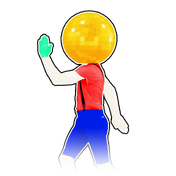 The dancer is a man whose head is encased in a golden disco ball. He wears a red short-sleeved shirt, blue shorts with black suspenders, green ankle socks, and black and red sneakers. 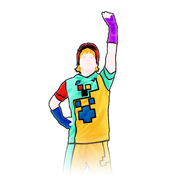 The background is predominanty based off of 1980s 8-bit arcade games. The man is seen in a dark cave with stalactites falling. Two Jack-o-Lanterns arise from spurts of lava, who are defeated by the man's musical notes, which he shoots from his arms. The background turns green with metal pillars and pink flying dragon heads. The background turns into a purple wall with orange and black rocks on the outside.

The routine takes place in a level in a platformer video game. The routine has four different backgrounds. The background starts inside at an underground level. As the tempo speeds up, the level takes place on a grassland level, and pixelated coins can be seen floating in the sky. Halfway into the routine, the dancer rides on a skateboard, then the background changes into a cloud level in which the camera pans up vertically. The skateboard then disappears into a cloud, where then there are cloud platforms.

As the track changes to Ode to Joy, the dancer is seen hopping vertically through cloud platforms.

As the track changes back to In Hall of the Mountain King, with a faster tempo, the background changes into a level that is completely made out of ice. In the end, a treasure chest is seen along side the dancer, indicating that the dancer has won the "game".

Throughout the routine, various objects like the a coins, enemies, and obstacles appear.

Gold Move: Move your left arm to your left side and put your right arm up. 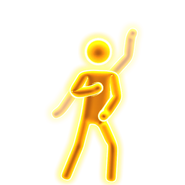 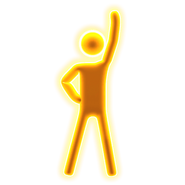 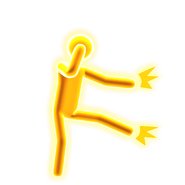 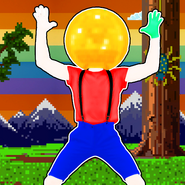 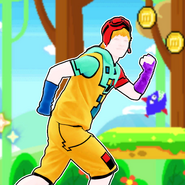 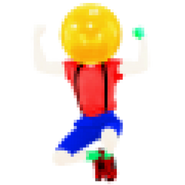 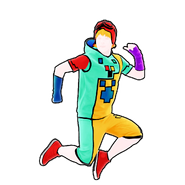 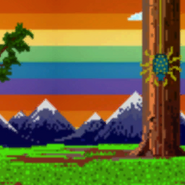 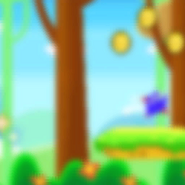 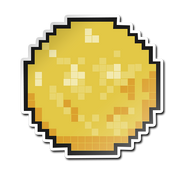 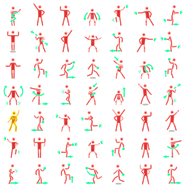 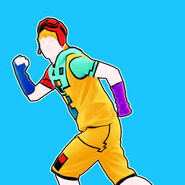 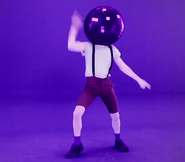 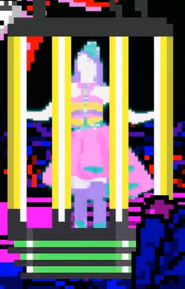 Love You Like A Love Song in the Beta routine background 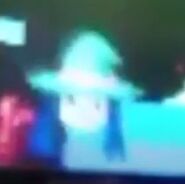 This is Halloween (P4) avatar in the Beta routine background

This is Halloween (P3) avatar in the Beta routine background 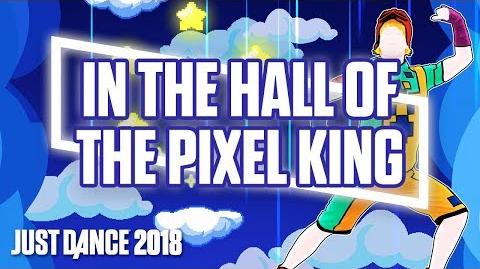 In the Hall of the Pixel King - Gameplay Teaser (US) 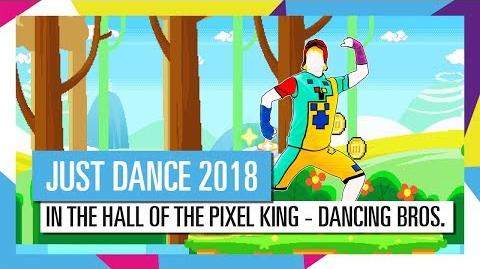 In the Hall of the Pixel King - Gameplay Teaser (UK) 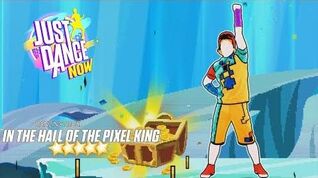 In the Hall of the Pixel King - Just Dance Now 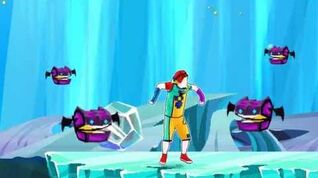 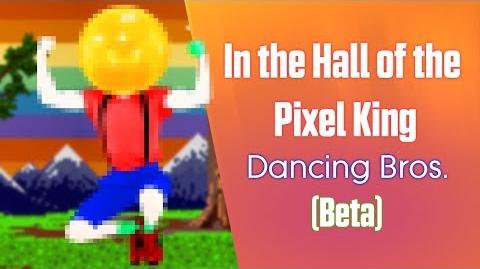 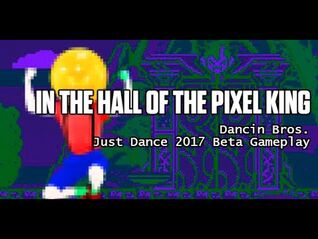 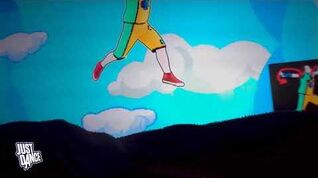 Retrieved from "https://justdance.fandom.com/wiki/In_the_Hall_of_the_Pixel_King?oldid=1250133"
Community content is available under CC-BY-SA unless otherwise noted.