View source
watch 02:05
Wiki Targeted (Games)
Do you like this video?
Play Sound

The dancer is a woman she is wearing a lime green raincoat with white buttons and lime green and white flowers, a sky blue-collar, a dark pink sash, and dark pink and sky blue cuffs. She is wearing polka-dotted boots that are colored sky blue and dark pink. She also has lime green hair and lime green bracelets on her left hand. In Just Dance 2, she gets a green and teal silhouette (similar to the ones in Just Dance) when she is doing the uncounted moves at the start of the bridge. In Just Dance: Greatest Hits/Best Of, this turns to an orange silhouette way different from the Just Dance 2 one. It also appears near the beginning of the song when there also are no counted moves. In the remake, she looks slightly more realistic, and she gains a faint glowing outline instead of the orange silhouette, also her face is less visible. 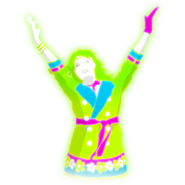 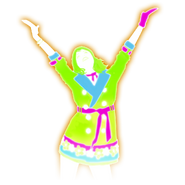 This routine takes place in front of a city with brightly lit buildings. It is raining heavily and puddles can be seen on the ground. Water droplets appear on-screen as if you were looking through a camera. Every time the dancer performs certain moves, lightning strikes the dancer.

In the Xbox 360 versions of those games, the rain drops make a different effect when touching the ground, and blue flashes appear on the city whenever "It’s raining men!" is sung.

In the remake, the effect of the rain has changed again, as it is more visible and rain drops appear more frequently.

Gold Moves 1, 2, and 3: Raise both of your hands up, outstretched.
Gold Move 4: Quickly "swash" your right hand such that it almost makes contact with your left hand. 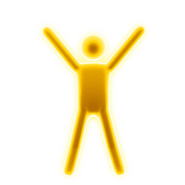 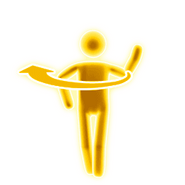 It’s Raining Men is featured in the following Mashups:

It’s Raining Men is featured in the following playlists: 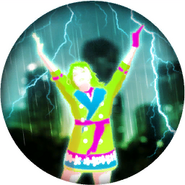 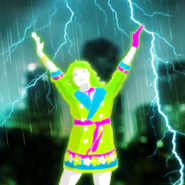 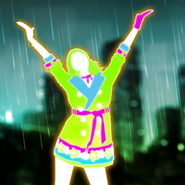 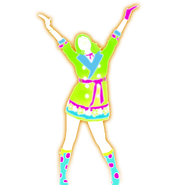 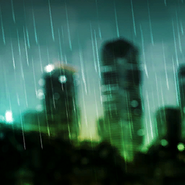 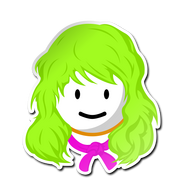 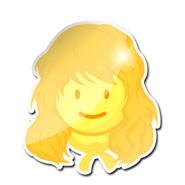 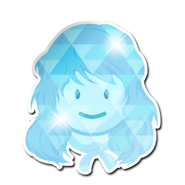 The background appearing in Holiday 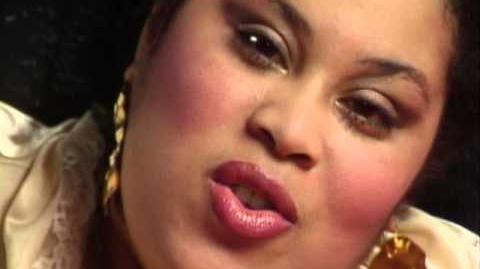 The Weather Girls - It's Raining Men 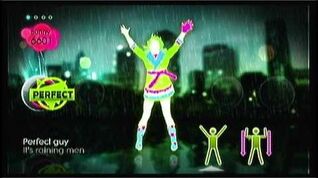 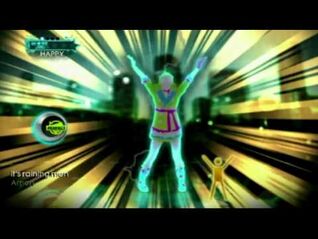 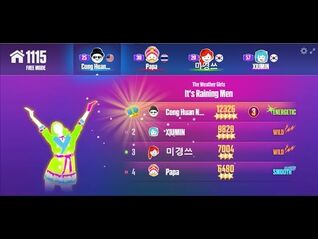 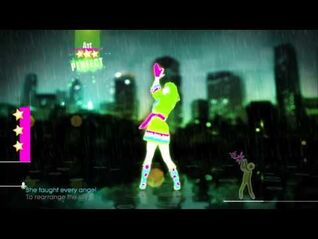 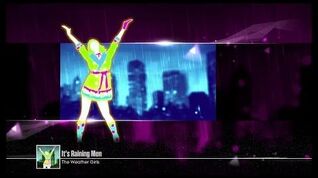 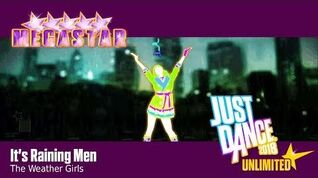 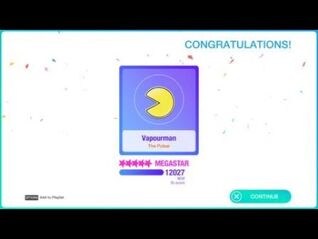 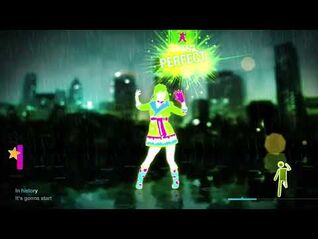 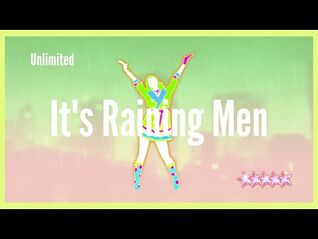 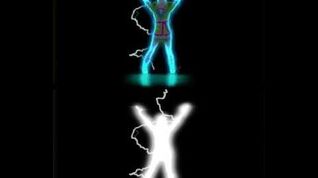