P1 has pink braided hair. She wears a turquoise button up dress, a pink belt, and turquoise heeled boots that stop just below her knees, with hot pink soles.

P2 has pink hair in a bun. She wears a pink button up dress, a white belt, and pink knee-length boots that have hot pink heeled soles. 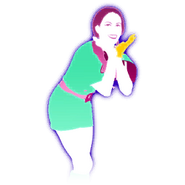 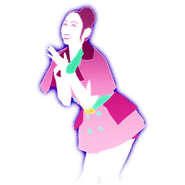 The background is an amusement park. There is a carousel with origami swans in the middle, a roller coaster, and a Ferris wheel farther back. At the chorus, it switches to nighttime and the paper cranes light up. Kiss marks come out of the girls’ faces during the line, "Kiss, kiss."

Gold Move 3: Brush your hand through your hair.

Jet Coaster Love is featured in the following playlists: 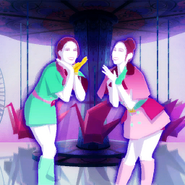 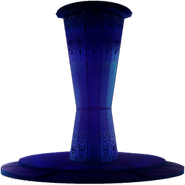 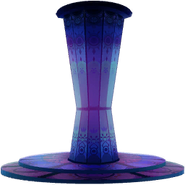 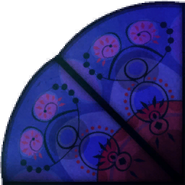 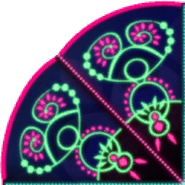 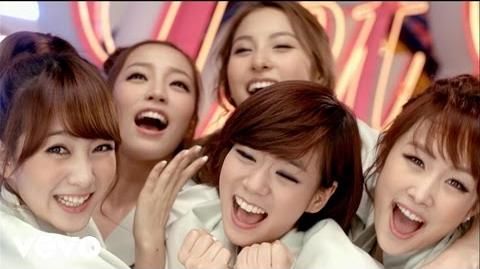 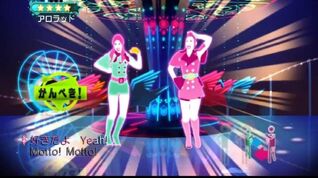