P1 is a boy dressed up like Keita/Nate. He wears a red jacket with a white hood & black pockets, along with some grey pants.

P2 is a girl dressed up like Inaho/Hailey. She wears a light pink jacket, a light blue shirt with a gold music note on it, and a skirt which is the same color as her jacket. She also wears glasses. 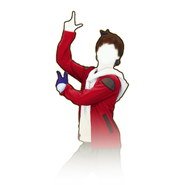 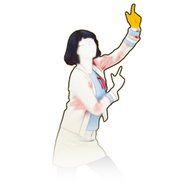 A road with some houses on the sides, a red car on the left side, and various characters from the anime (such as Jibanyan, Whisper, Komasan, and Pintocorn) along with a boat. USA flag-theme animations appear very often, and the sky constantly changes from daytime to sunset. At the end of the song, all the characters vanish.

Gold Move 2: Take your right hand and move it to the right and slightly up.
Gold Move 3: Swing your hands towards the other player. 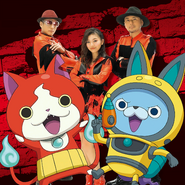 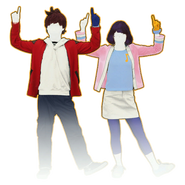 Proof of Ottamagator’s beta appearance in the background 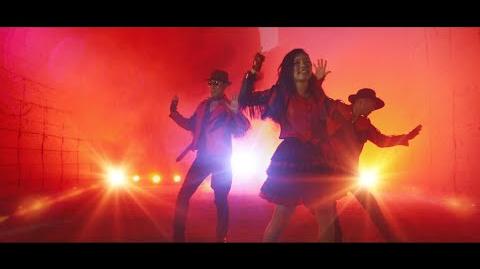 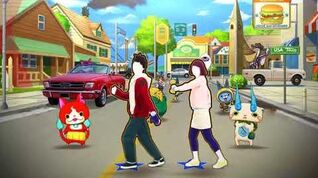