"John Cena" by Sho Madjozi is featured on Just Dance Unlimited and 舞力无限. 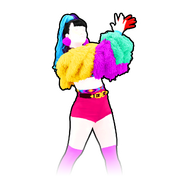 The dancer is a woman with black hair and her ponytail has two colors, one dark violet and one in light blue. She wears a a patterned bra under a fluffy yellow jacket with magenta and mint green sleeves. She wears raspberry shorts with a belt that has a yellow belt buckle. She is also wearing magenta knee-high socks and patterned sneakers, she also wears a pair of magenta fluffy earrings and a black choker with a gold necklace.

This section is a stub. You can help by adding to it.
The background consists of African-inspired geometric patterns that change colors and move around in the routine.

Gold Move 1: While facing to the left, put your hands together, rub your hands and shake your left leg.
Gold Move 2: Throw your arms out to the side. 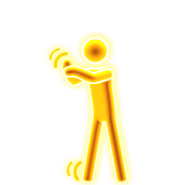 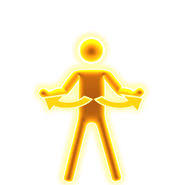 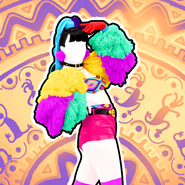 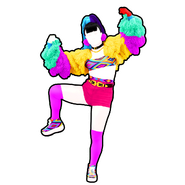 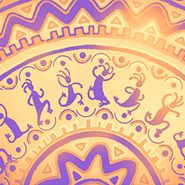 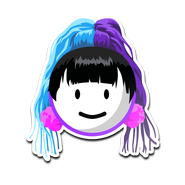 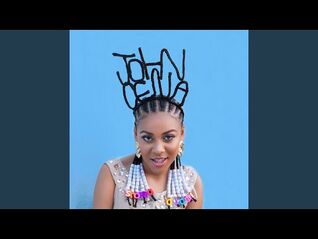 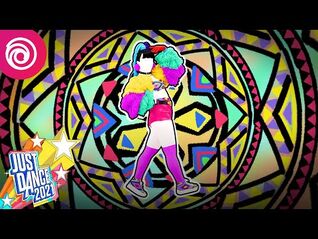 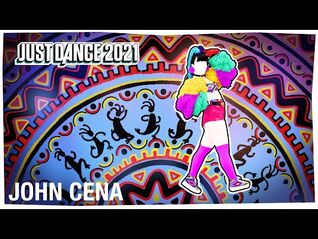 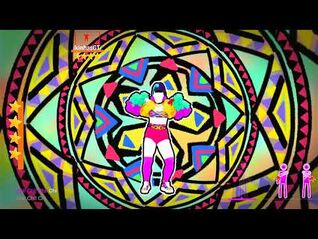