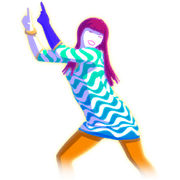 The dancer is a Japanese teenager with hot pink hair. She wears a turquoise-and-white wavy patterned dress, orange leggings, and white-and-purple sneakers.

The background looks like a classroom. There is a chalkboard that says "Joyful" and "ジャストダンス" (which translates to "Just Dance") in some parts of the song, streamers, wrapping paper, and balloons in the air as well as cards.

Gold Moves 1, 2 and 5: Throw both hands in the air as if in shock.
Gold Move 3: Pull both hands down.
Gold Move 4: Throw your hands down while raising your right leg, just below your hips. 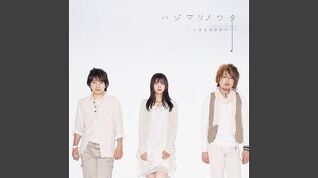 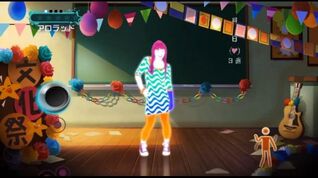 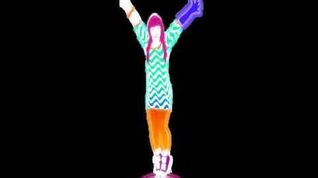 Retrieved from "https://justdance.fandom.com/wiki/Joyful?oldid=1303822"
Community content is available under CC-BY-SA unless otherwise noted.