1A: Jungle Green
1B: Greenish Paradiso
2A: Dark Java
2B: Screamin' Green

"Juju On That Beat" by Zay Hilfigerrr & Zayion McCall is featured on Just Dance Unlimited and Just Dance Now.[3]

The routine consists of a duet of two men, both of them are wearing a pair of yellow boots. They also have a sticker outline.

P1 wears a violet purple cap and an orange jacket with a big yellow stripes on it, a sticker outline, and reddish orange pants. 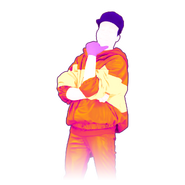 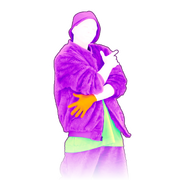 The background contains many colors combined with the lyrics of the song and some Hip Hop elements, similar to that of the backgrounds of Hit ’Em Up Style (Oops!), Love Me Again, and Watch Me (Whip/Nae Nae).

Both Gold Moves: Perform a "juju" move by tilting a pair of bent arms.

Juju On That Beat appears in the following playlists 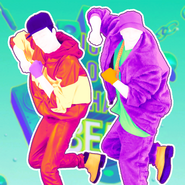 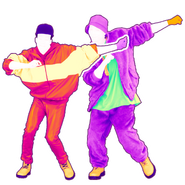 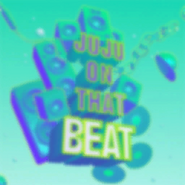 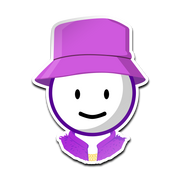 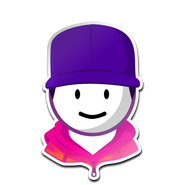 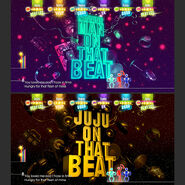 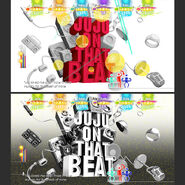 Promotional screenshot from new.justdancenow.com
Add a photo to this gallery 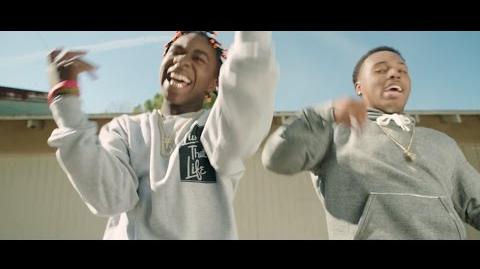 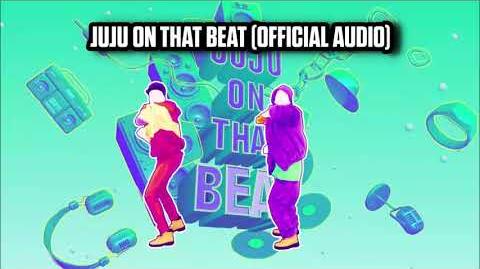 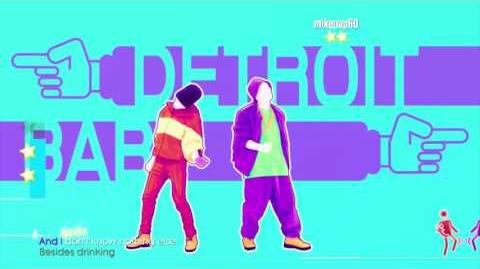 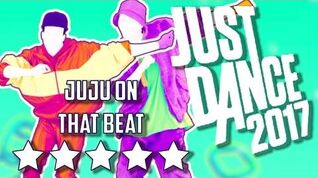 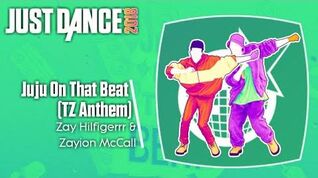 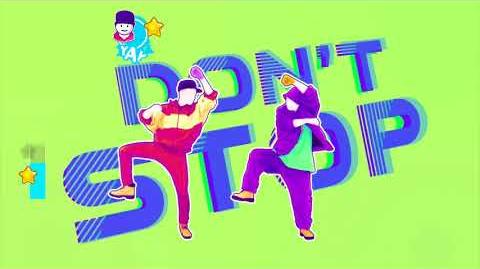 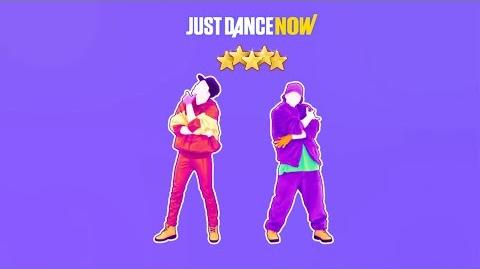 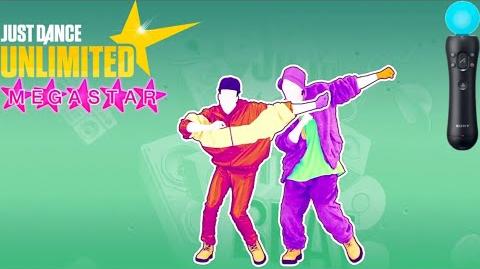 Retrieved from "https://justdance.fandom.com/wiki/Juju_On_That_Beat?oldid=1171315"
Community content is available under CC-BY-SA unless otherwise noted.