NOW files
1A: Greenish Salem
1B: Tiber
2A: Yellow Orange
2B: Bright Red

P1 is a man with an orange mohawk. He has a yellow body suit with blue and pink vertical stripes and pink zigzags, a jacket with the same pattern, and wears yellow sneakers with white laces and soles.

P2 is a man with a dark pink hat with a yellow strap. He has a blue body suit with orange and pink vertical stripes, pink and orange zigzags, and pink pentagons. He bears a jacket resembling the same pattern as his body suit, and blue sneakers with white laces and soles. 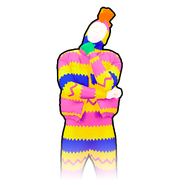 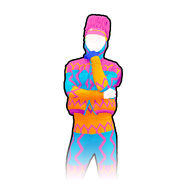 The routine starts in front of a transparent background. On each side, there is a half-sliced hamburger bun with sesame seeds, which bounces along with the beat and gets steadily filled with the letters of the word "JUMP". Each letter has a different color: the J is green, the U is red, the M is yellow and the P is purple. After a while, the hamburgers also start to shake while bouncing.

In the first verse, the background is in shades of purple and features a comics zoom effect and five toasters placed in a V, which constantly change color and emit speech bubbles that read "Dance", "Aha!" or "Wow!". Each set of toasters stays for four beats, and then it slides up fast. After that, there are two diagonal rows of ancient marble statues portraying an elderly man, which has a narrow hole on his head. An 8-bit coin that constantly changes color jumps out of the hole: as this happens, the hole glows, and the statue nods its head and moves away, letting the one behind it occupy the middle of the screen. The background behind the statues is in shades of purple and it features comic-like dots.

As soon as the pre-chorus starts, the background becomes reddish and features a 3D bar code that reads "0JUST JUMP>" at the bottom. The rectangles move up and down to the music, and they move away from each other when the coaches bend over. After that, the background becomes yellow and features pine green and dark red fire hydrants that stretch out and sometimes open, ejecting sky blue dashed curves that resemble water gushes. Then, the background becomes light orange with brownish stripes that slide down slowly, and it features yellow and green flasks that change color, move away from each other and sometimes break into circular pieces, revealing arms with crossed fingers or microphones.

In the last part, the basketballs are placed differently, and the astronauts fly upward and diagonally while spinning; then, one of the balls is placed in the middle of the screen, which is pink, and purple arms with crossed hands, blue microphones and green ice cream cones pulse to the beat, while dashed yellow lines come out of the ball. After that, lighthouses that jump up and down and hamburgers that jump up revealing one astronaut are seen sliding to the left over a blue rotary phone in front of the same background. As soon as the coaches perform their Gold Move, all these items are replaced by the letters of the word JUMP from the beginning piled one on the other on each side, along with a smiling 2D emoji whose eyes are replaced by the letters J and D.

Gold Move: Raise your arms and bring them down in a circle.

Jump is featured in the following playlists: 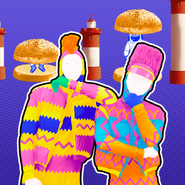 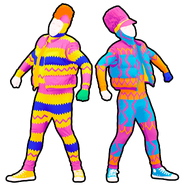 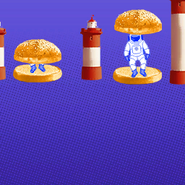 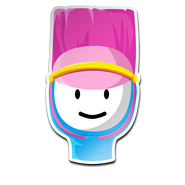 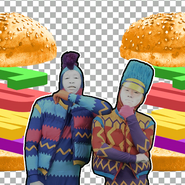 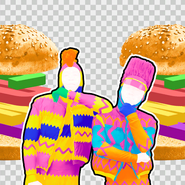 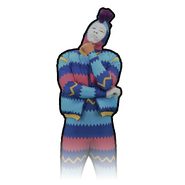 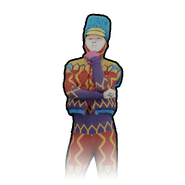 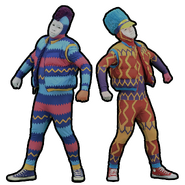 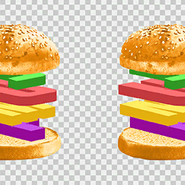 P1 in Skibidi’s background, with a different color scheme

P2 in Skibidi’s background, with a different color scheme 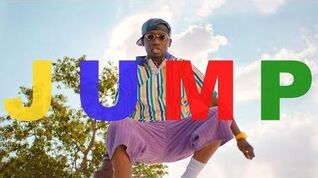 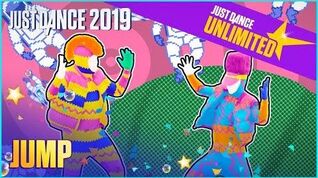 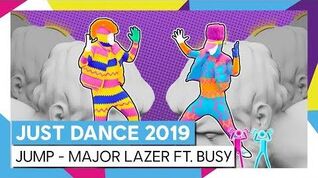 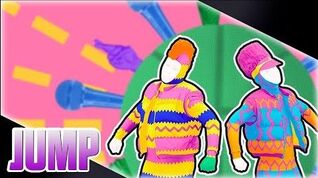 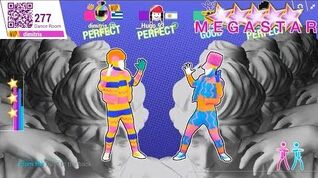 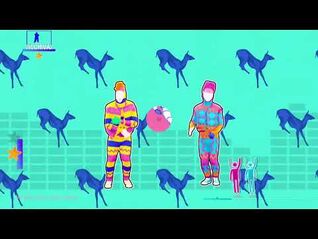 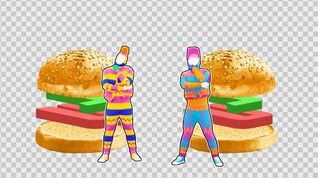