The dancer is a boy with black hair dressed as an astronaut. His suit color is grey.

The background is an animated outer space, with lots of planets like the Earth, Saturn, and Jupiter. There is also a rocket on the left and an astronaut on the right. The dancer is standing on the Moon. There are two girls behind the dancer. They are wearing black space suits.

There are 4 Gold Moves in this routine, which are all the same:

All Gold Moves: Move your hands as if you were opening the way. 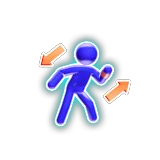 Jump Up! on the Just Dance Kids 2 menu (Wii) 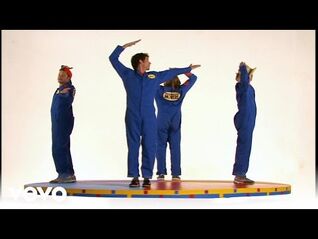 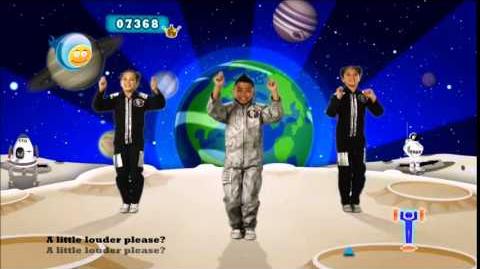