The dancers in the routine are wearing pirate-themed outfits. Both dancers have green outlines. In the remake, they have orange outlines.

P1 is a woman with red hair, a fruit hair band, a fluffy green and red sleeveless dress, and green heels. She has red bracelets on both of her wrists. She has a teal choker.

P2 is a man with long red hair, a blue pirate hat, a red eyepatch, a blue vest with a red and green belt, blue and white striped pants, and red boots. 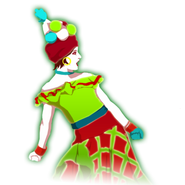 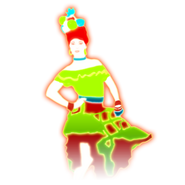 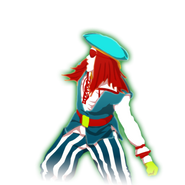 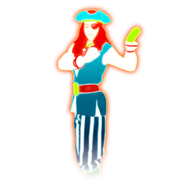 The background has a pirate ship that the dancers are on, and it is viewed on one of the edges of it. The background also has a green sky (with highlighting lines), green water, and a dark green island with a skull on it.

In the remake, the water and sky are blue and the island appears with regular colors. Besides, the coaches appear and disappear by just fading in and out instead of generating from blue smoke. 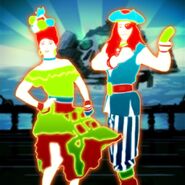 Jump in the Line (Remake) 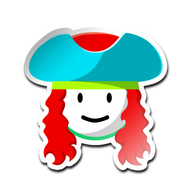 Jump in the Line on the Just Dance 2 menu

Jump in the Line on the Just Dance Wii menu

Jump in the Line on the Just Dance: Greatest Hits menu (Wii) 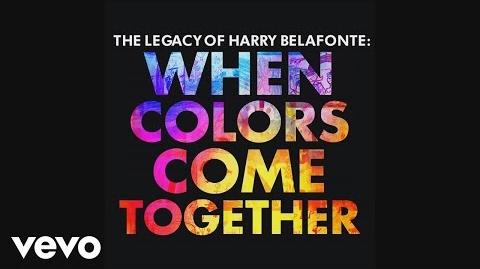 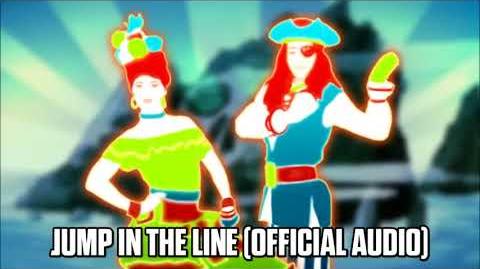 Just Dance 2 Jump in the Line 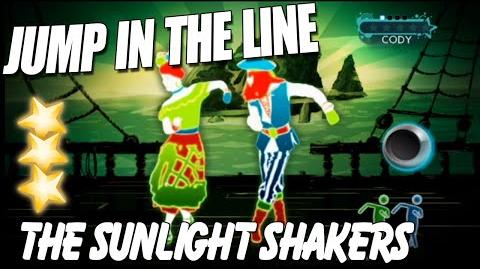 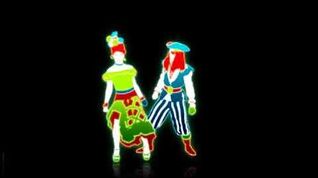 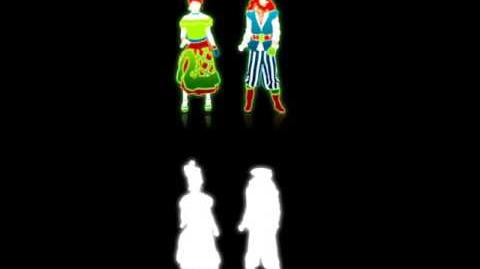 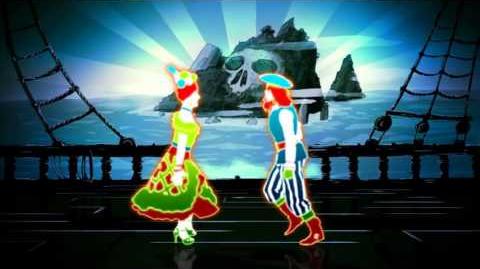 Retrieved from "https://justdance.fandom.com/wiki/Jump_in_the_Line?oldid=1182614"
Community content is available under CC-BY-SA unless otherwise noted.