Just Dance 2021 comes with an insane amount of content for all the family to enjoy!

Bust a move! The party never stops with Just Dance 2021

No additional accessories are required to join the fun! Just use your smartphone with the Just Dance Controller app! 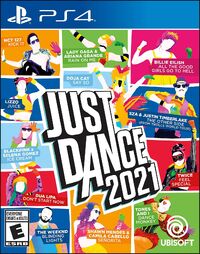 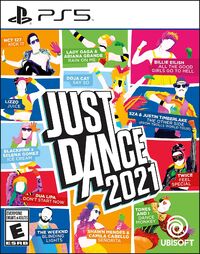 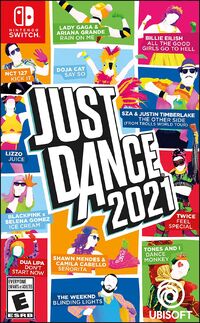 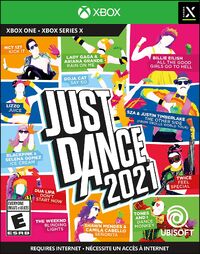 The menu is generally similar in appearance to its predecessor in Just Dance 2020. The gradients have, however, been replaced with a pixelated texture. A key difference is the introduction of "Pertinence" as a menu sort option, which sorts the song selection menu algorithmically rather than alphabetically as in "Catalog". This is the default sort option when the game is connected to the internet. Alternate Routines can be unlocked by playing the corresponding Classic routine three times instead of five times.

Likewise, the Profile tab has been conserved from Just Dance 2020. The Gift Machine now appears in a cheetah print design and rewards players with avatars, stickers, aliases, and skins. The sticker albums are themed on the background of Without Me which can be unlocked by danced songs from the map in the main track list two times in order to unlock a sticker.

Rating Summary: This is a rhythm-and-dance simulation game in which players perform choreographed routines by following the movements of on-screen characters. Players score points by accurately moving their bodies in time to the music and scrolling indicators. Some song lyrics contain the words “damn” and “hell” and references to suggestive material (e.g., “Feeling your hands/Upon up on my thighs”; "But friends don’t know/The way you taste..."; "Polyamorist dreams/Of a teen heart"; “I got the right tactics to turn you on”).

Just Dance 2021 received "mixed or average" reviews on Metacritic, with a metascore of 74/100 on Nintendo Switch.[4]

Teaser for All the Good Girls Go to Hell[14]

Teaser for Without Me[16] 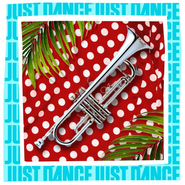 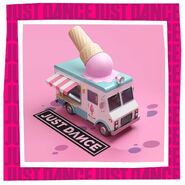 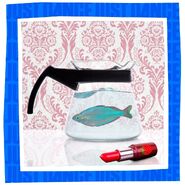 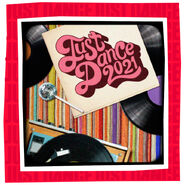 The logo in Season 1: Once Upon A Dance style

The logo in Season 2: Versus style

The logo in Season 3: Festival! style

The logo in Season 4: The Traveler Style 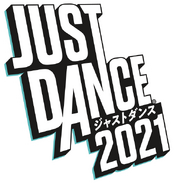 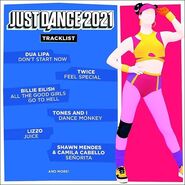 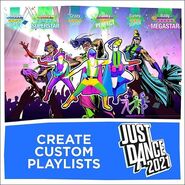 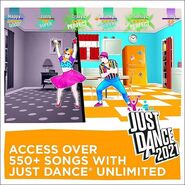 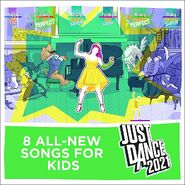 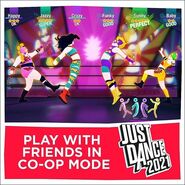 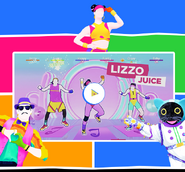 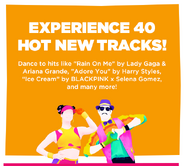 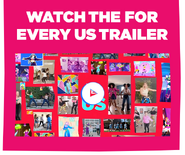 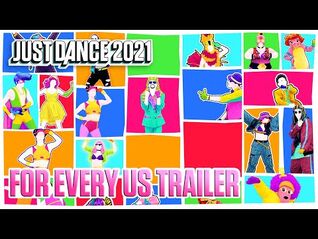 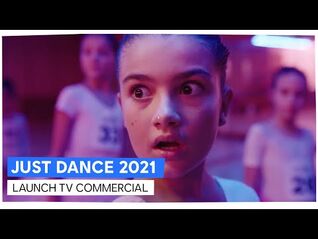 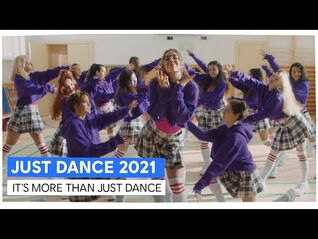 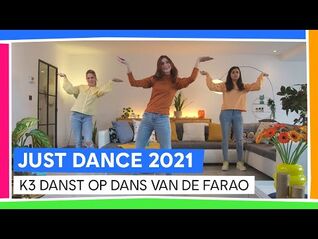 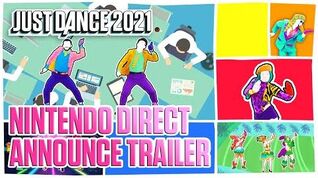 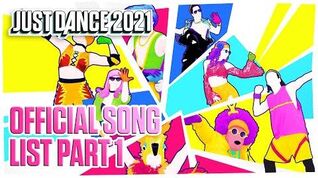 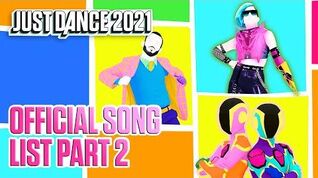 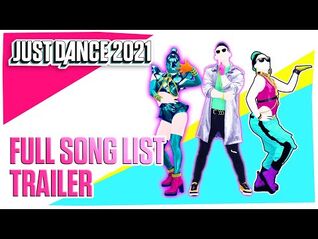