The coach is Mario. He wears his trademark red hat with his trademark 'M' on it, red shirt, blue overalls with golden buttons, white gloves (his right glove is colored yellow-orange for motion controller guidance reasons), and brown shoes. When entering underground later in the routine, his overalls turn red and his shirt turns white, thus being his Fire Flower suit.

In the remake, the coach is more realistic and his color palette is more saturated. His skin is more yellowish, and he has a magenta outline. In the final part of the routine, his outline creates overlapping silhouettes. 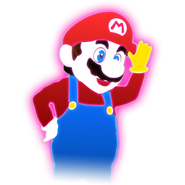 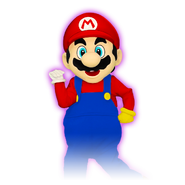 The routine starts with a gameplay of Super Mario Bros., with Mario hitting a ? Block and getting a Mushroom, which triggers a pixelated transition from the cutscene to the start of the routine.

There are three backgrounds, all inspired from Mario levels: the first is a green plain with many Koopas and other Mario enemies, and a star that makes Mario accelerate; then an underground level where Mario becomes Fire Mario and he shoots fire balls, until an enemy hits him; and then the end of the level, with the famous tower with the flag.

When the song ends, the routine transitions back to the videogame cutscene, which ends with Mario completing the level and the line "THANK YOU FOR PLAYING!" written over the tower.

In Just Dance 3, the routine starts with a cathodic TV that turns on and plays the opening cutscene, which now has black fading on the corners of the screen.

The remake starts with an opening circle transition. The graphic layout is taken from New Super Mario Bros. 2. Mario is now in front of Princess Peach’s castle, which has a carved path and is surrounded by checkered grass, colorful hills that sometimes have luminous rays, and some rocks; behind the coach, there are some trees and five big blocks (two light blue ones, two yellow ones, and a red one), along with many animated flowers on striped grass. When the coach performs his Gold Move, the brick block, which is now in 3D rather than in 2D, descends from the sky instead of appearing from nowhere, and breaks into pieces with a much more realistic effect. When he gets the Super Star, colorful stripes shine fast on the sky.

The underground scenery is now based off New Super Mario Bros. U, and has some colored crystal rocks that swing from side to side; behind them, there is a cave wall with parts that sometimes light up. Mario dances on a crystal platform made of colored tiles; on his sides, there are two Piranha Plants that come out of pipes, and the enemies are replaced by 2D Goombas.

The final background features two pipes, one of which hosts a bigger Piranha Plant, the pole flag along with its related tower, which has shining sun rays behind, and many flowers and trees with rocks and hills behind. When the music speeds up, the background constantly changes colors, and the clouds and the flowers have faster animations.

When the song ends, Mario says "Yaa-hoooo!", and the background closes with a circle transition.

There are 4 Gold Moves for this routine, all of which are the same:

All Gold Moves: Jump while punching the air, as if you were hitting a Coin Block. 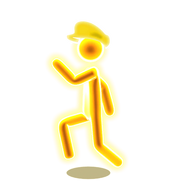 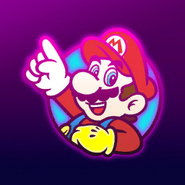 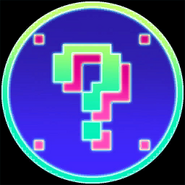 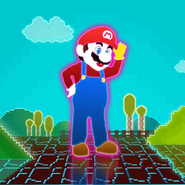 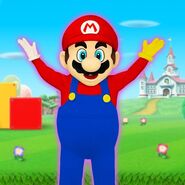 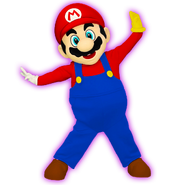 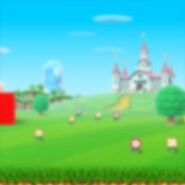 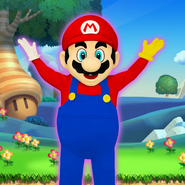 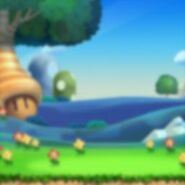 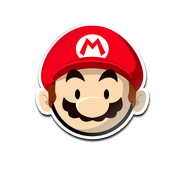 Unused avatar found in the files of Just Dance 2016 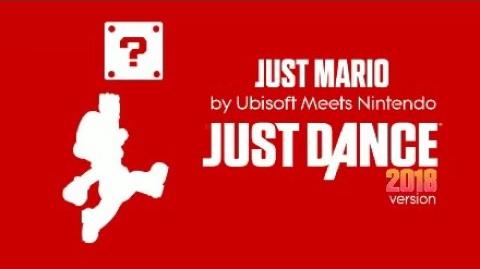 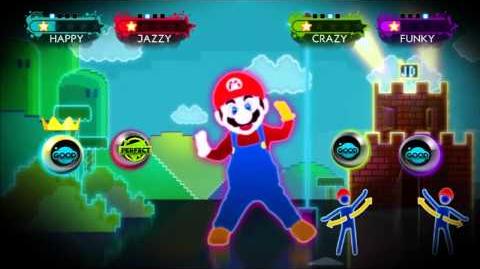 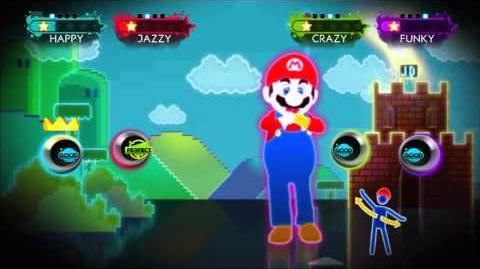 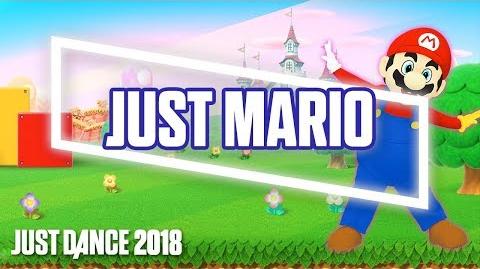 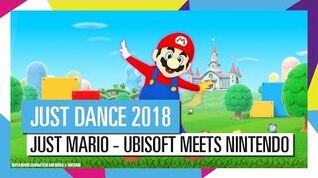 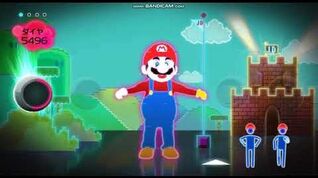 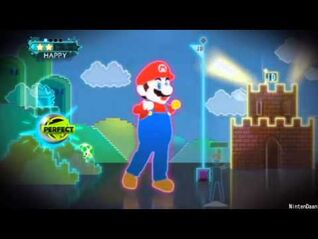 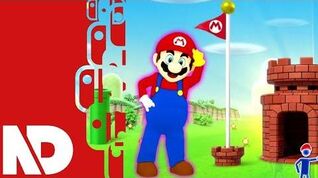 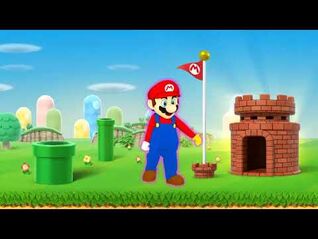