The main dancer is a girl with a pink bow wearing a orange tank top under a white vest. She also wears a multi-colored skirt with white slip-ons.

The routine takes place on a large blue and white circle with a mountain range behind the dancers. Occasionally, the angle of the sunlight will change and a flock of birds will slowly fly by. The sky in the background starts at dawn and then spends the majority of the routine in the daylight before going into sunset.

The dancer is accompanied by two backup dancers.

The left backup dancer is wearing a white and pink tank top under a jean vest. She wears black pants and slip-ons.

Gold Move: Raise both your arms while leaning to the left. 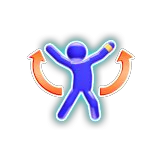 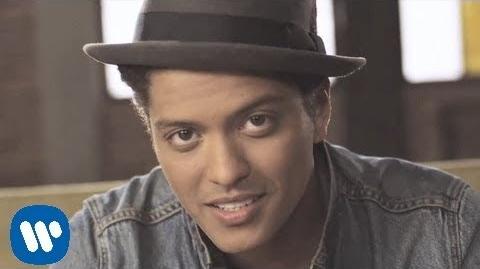 Bruno Mars - Just The Way You Are OFFICIAL VIDEO 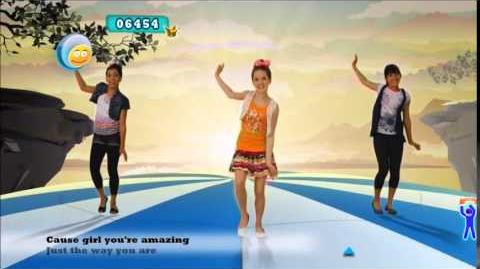 Just Dance Kids 2 Just The Way You Are