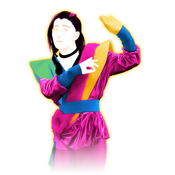 The dancer is a man in ninja-like attire. His costumes mostly contains dark pink. He has a blue belt and sash. He also has blue bands near his hands. Some parts of his costume are yellow and a light baby blue, and he has a yellow glove. He also has black hair with streaks of pink in it, and a pair of black boots with fuchsia and light blue cloud-like motifs on the sides and a protrusion at the end.

The routine starts with a black screen which is showing the title in red Chinese letters.

After a few seconds, the coach walks into a sunset meadow with some rocks and blades of grass; when he opens his arms, some yellow handprints appear on his side.

Then, it switches to a foggy scenery featuring a wooden hut and a fence on the left, a stream in the middle, several bamboo canes on the right, some mountain silhouettes in the background and two other bamboo canes in front of the coach. Smoke, little magenta orbs, explosions and water sprays accompany the coach's movements, and some arrows fly above him in certain moments.

After that, the background changes to a small rock the coach stands on; behind it, there are many low clouds, a tree on the right and other small peaks, some of which have a Chinese house or another tree, and other hill silhouettes. The animations are nearly the same, except for shurikens replacing some of the explosions.

After the first Gold Move, the background switches to nighttime, the rocks take on a flowing technicolor effect and light up at certain moments, and some rays appear behind the clouds; when the title is sung, it appears with the same Chinese characters as the beginning and two CDs fly from behind. Sometimes, the coach’s outline glows and creates overlapping silhouettes.

When the chorus ends, the rotations starts over; after the last Gold Move, he kicks the air and falls on the ground exhausted, making the rocks around him bounce.

There are 6 Gold Moves in this routine, and 2 Gold Moves on the main series version of the routine: 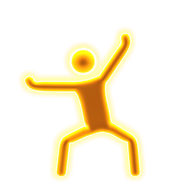 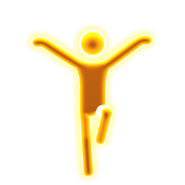 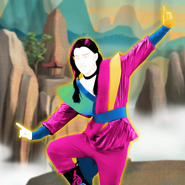 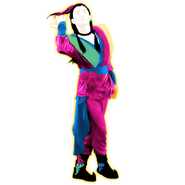 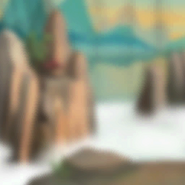 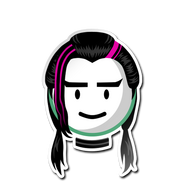 Beta menu screenshot (the song title is in Chinese, and the song is placed at the bottom of the tracklist) 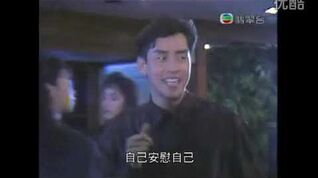 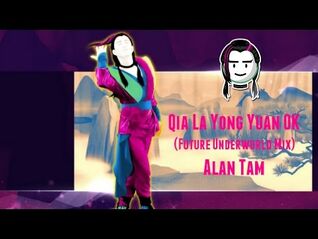 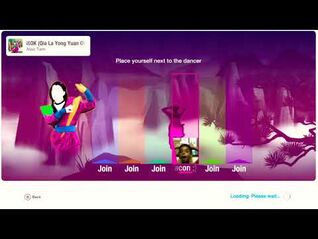 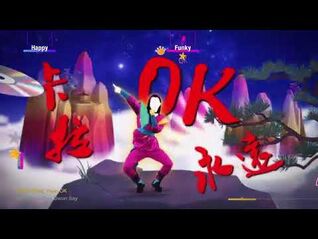