"Keep it Undercover" by Zendaya from K.C. Undercover is featured on Just Dance: Disney Party 2.

The dancer is a teenage girl with dark brown curly hair. Her outfit includes a black shirt with white stripes near the cuffs. Over the shirt, she wears a sleeveless jean jacket. There is another white and gray plaid jacket around her torso. She wears black jeans, which has wrinkles around the knee area. Her footwear includes a pair of white and black high tops, with the middle of the high tops being all white. She resembles K.C. Cooper.

The dancer stands in front of a clear backdrop, which is black. At the first verse, first chorus, and bridge, there are red and light gray pixelated hearts appearing and disappearing, and duplicating the further into the song the routine gets. While duplicating, the hearts shrink in order to make room for more hearts. Occasionally, there are also blue lines that seem like computer lines traveling everywhere. They sometimes turn abruptly and they move slowly.

Between the heart sequences, more backdrops appear in front of the original one. The first is a pink and silver checkered backdrop which is slanted. Silver gear symbols appear around the dancer and are often followed by the computer lines. Blue slanted tiles would appear as if the match the pattern, only to transition to the next backdrop. This backdrop includes sliding pink, yellow, and blue color screens. The gears remain appearing and disappearing, but this time the computer lines are black.

Towards the end of the routine, the same divided color screens have split into five screens, each containing black dancing silhouettes, similar to the end of the theme song in the TV series. The dancer then pushes the screens apart, leaving just the original black backdrop.

Both Gold Moves: Duck down and put your hands out. 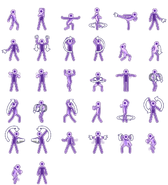 Keep It Undercover on the Just Dance: Disney Party 2 menu 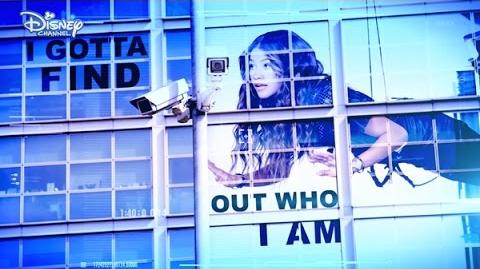 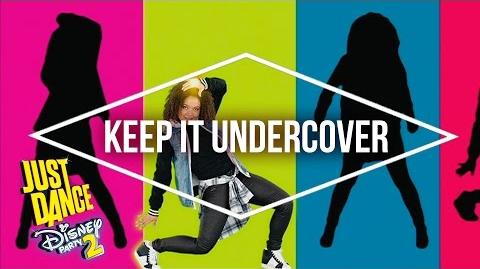 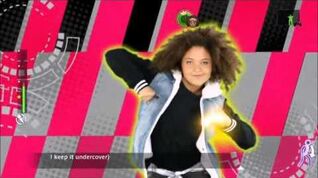 Retrieved from "https://justdance.fandom.com/wiki/Keep_It_Undercover?oldid=1238730"
Community content is available under CC-BY-SA unless otherwise noted.