Julia Spiesser[2][3]
"Kids in America" by Kim Wilde is featured on Just Dance and Just Dance 3 (as a downloadable track).

The dancer is a young schoolgirl. She has purple hair in two pigtails, a magenta shirt, a pink and white striped tie, a purple vest, a purple checkered skirt, pink knee-length socks, and purple sneakers.

The background is an empty city at night. There is a fence to the left of the coach, three shining lamp posts, and three magenta skyscrapers are seen far away. The floor of the city is blue and reflective.

In the Just Dance 3 version, the city is pinker and it has some flashing lights behind the skyscrapers, along with fog. Also, a ringing bell can be briefly heard at the beginning of the routine.

In the remake, the background has some 2D houses, some 2D arrows in American style, pedestrian crossings, and shadows of skyscrapers. There are some angulation changing effects, and the houses and arrows glow.

The background was changed to be in the daytime.

In Just Dance 3, there are 6 Gold Moves in this routine, all of which are the same:

All Gold Moves: Throw both of your arms outward. 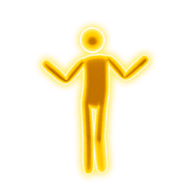 All Shout-Out Lines: “We’re the kids in America”

Kids in America appears in the following Mashups: 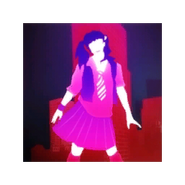 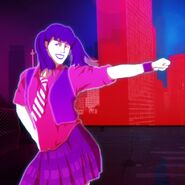 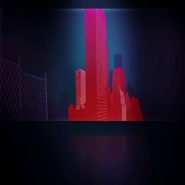 Kids in America on the Just Dance menu

Kids in America on the Just Dance 3 menu (Wii) 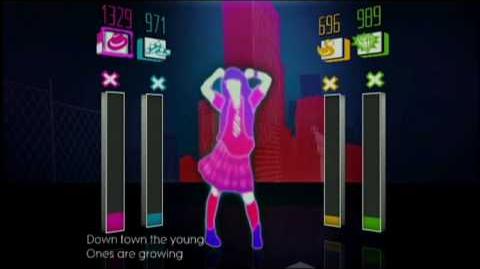 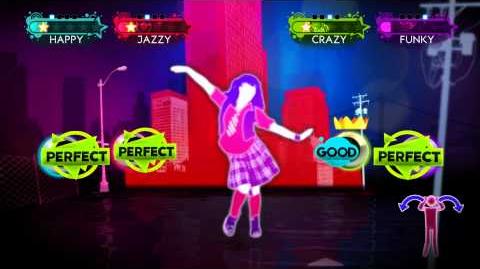 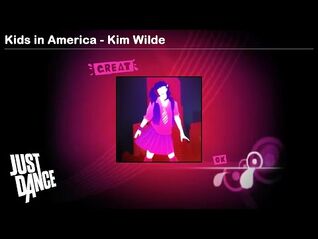 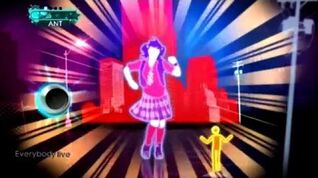 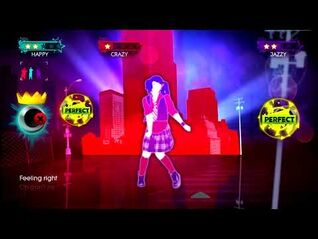 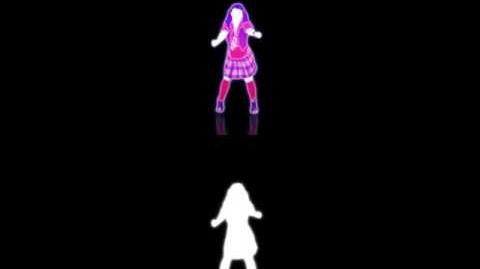 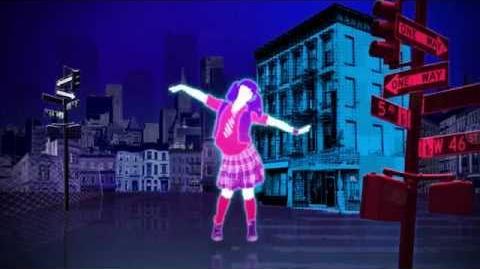