P1 is a woman with dark brown hair. She wears a gold dress with a purple bra underneath, a purple bracelet, a golden belt, and a pair of purple heels.

P2 is a man with short, brown hair. He wears a blood-colored shirt, a purple necklace, a magenta belt, a pair of purple pants, and a pair of yellow penny loafers.

The background looks like it takes place at a disco or on a stage, with a large screen against the wall, several trios of lights directly above it, a checkered floor, curtains, and a small "ON AIR" sign at the center towards the top of the wall, right above the lights. The word "DISCO" is vertically printed in large, light-up letters on either side of the stage, and slowly alternate lighting up. The dancers dance on a circular area of the floor which, in terms of design, is divided into four sections. 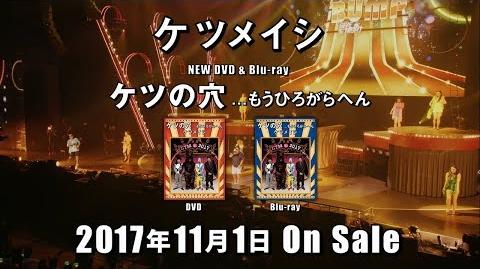 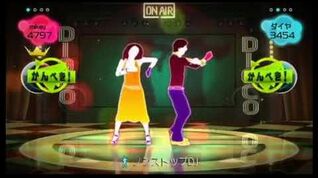