The routine is performed by two female dancers representing Gemini, dressed in clothing designed to mirror each other.

P2 has purple hair styled in a high ponytail. She wears a orange headdress, a flowing electric yellow dress and orange bottoms underneath, multiple bracelets, a purple glove, yellow heels, and blue anklets. 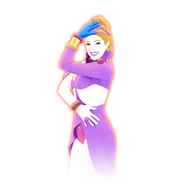 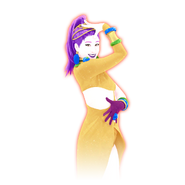 The map takes place on a shallow body of water, and a starry sky behind it with a white fade on the horizon and stars that sparkle to the beat of the song, except in the first verse, when meteors fall from the sky. There are four distinct sets for the background.

The routine starts out in a reddish starry sky with the silhouette of the coaches and the title card in front of it. When the song starts, green and blue tones appear on the sides of the sky, along with the rest of the scenery. There are metallic tubes on the water, and two giant kinetic gadgets with many orbits spinning. On the center, there are abstract carvings of suns, half of a sphere and gears moving the mechanism. After the first chorus, a constellation of the gemini symbol can be seen for a split second in the sky between the coaches.

On the second part of the verses, the sky is dark blue, with orange and red tones on the sides. The tubes on the water are moved, and now there are two cylindrical structures made out of gears with tubes between them which have crystals inside flask shaped objects, and are positioned in a spiral. On the edges of the structure, there are rings and a panel with the gemini symbol in neon light. The gemini symbol constellation can be seen again for a moment during Gold Move 1.

On the chorus, the sky has a dark purple to orange gradient. There are clouds covering the horizon, crystals rise from the water, and water pours from the sky, all of them staying on the post chorus. There are three metallic spinning structures with curved glass tubes attached to their spherical center, though one of them can barely be seen on the right of the screen.

On the post-chorus, the sky turns light blue, with light purple and green accents. There are three vertical structures made out of cylindrical crystals with gears on the top and bottom, along with tubes attached to smaller crystals revolving around the main one while sliding up and down the tubes.

The song outro takes places in the verses background.

Gold Move 1: Raise your arms and flap your wrists while lifting the leg that is closer to your partner.
Gold Move 2: Put your right hand in front of your mouth and your left hand on your hip. 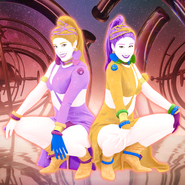 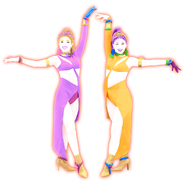 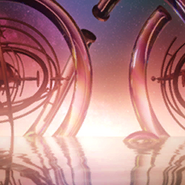 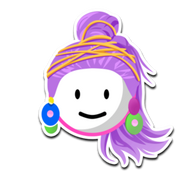 Kiss Me More on the Just Dance 2022 menu

Kiss Me More on the Just Dance Now menu (computer)

Kiss Me More on the Just Dance Now menu (phone)

Kiss Me More in the promotional video for Season 1: Astral 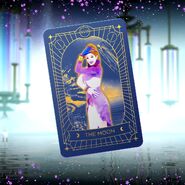 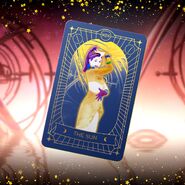 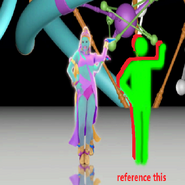 Beta pictogram for Gold Move 1 (there are no shake emblems)

Beta pictogram 1 (the arms and torsos are positioned differently)

Beta pictogram 2 (the legs are crossed rather than separated) 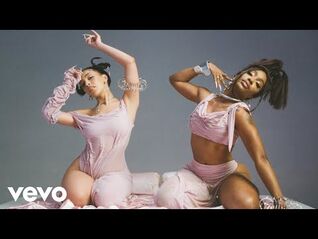 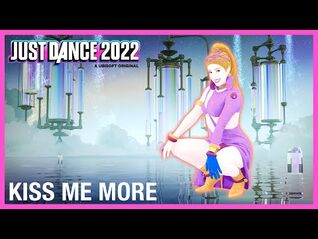 Kiss Me More - Gameplay Teaser (US) 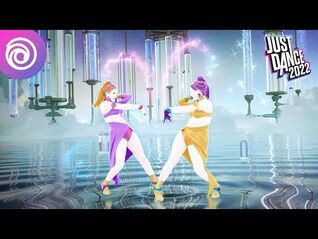 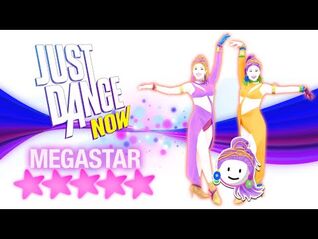 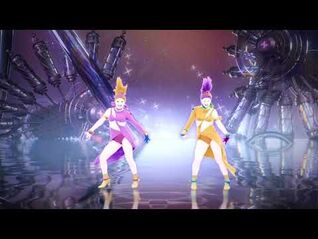 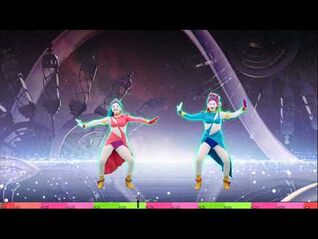 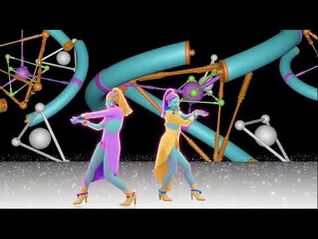 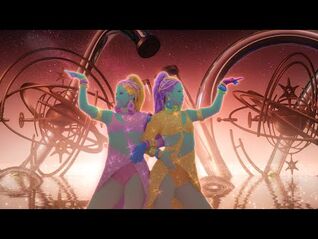