The song has an alternate routine titled "Charleston Version".

The dancers are two men with black and white outlines. They both wear sneakers, black pants with light blue stripes, "futuristic" vests, and light blue gauntlets on their left arms.

P1’s vest and shoes are pink. He has a black mullet with gold highlights and thin flat sunglasses.

P2’s vest and shoes are orange. He has wide curly black hair that is green on top. He has a beard and circular sunglasses. 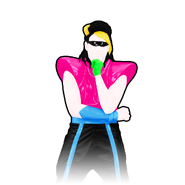 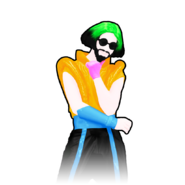 The background is a blue-pointed spaceship control center. Holograms of alien women appear on the sides of the dancers. Planets, stars, and asteroids are seen through the windows in the background, as well as a green "love detector". During the pre-chorus, the background turns to a pinkish shade, and becomes pointed towards a dark blue during the chorus as the ship enters "hyperspace".

Both Gold Moves: Jump while pumping your arm above your head.

Kissing Strangers is featured in the following playlists: 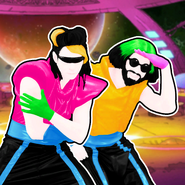 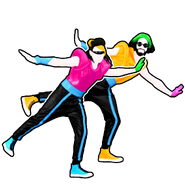 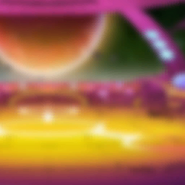 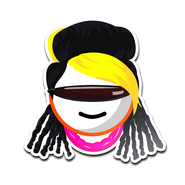 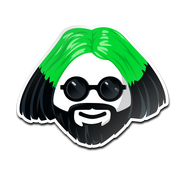 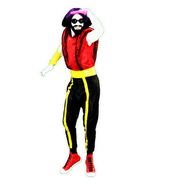 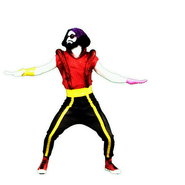 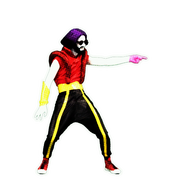 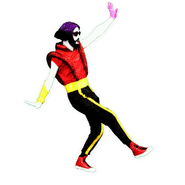 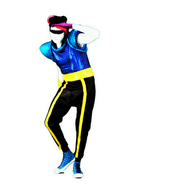 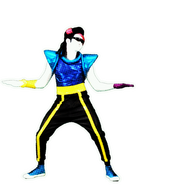 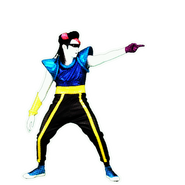 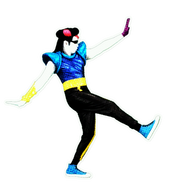 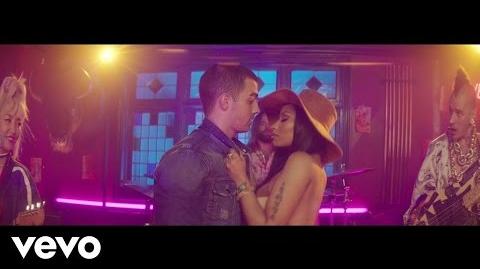 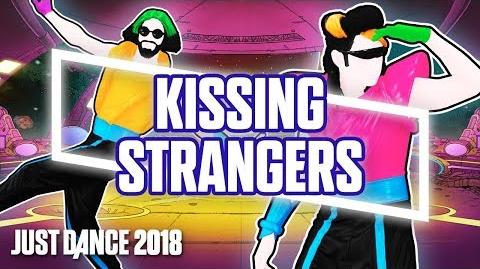 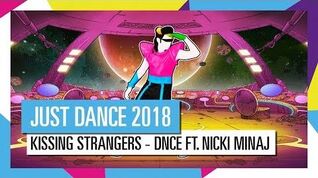 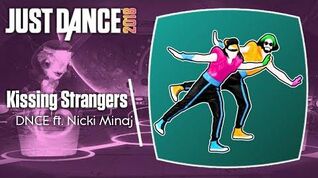 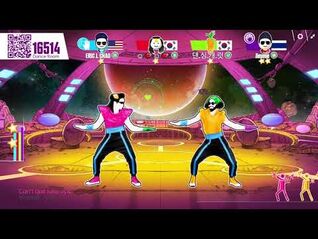 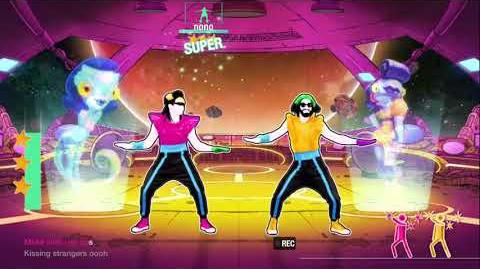 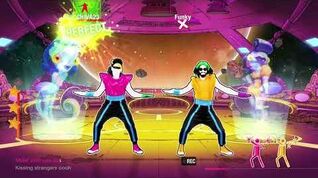 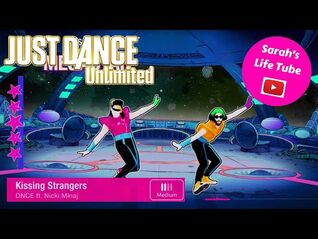 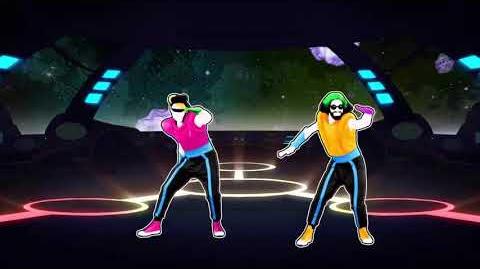