P1 is a man. He wears a yellow fedora with a black stripe over short black hair, a sky blue shirt with a pink bow tie and some pink stripes, an orange vest with golden chains and a black glitter collar, black jeans with a black belt, and yellow and black shoes.

P2 is a woman. She has purple hair in a bob cut with a black glitter stripe decorated with black and fuchsia feathers on the left, a furry scarf with two circular tops that have a yellow dot in the middle, a golden necklace, a pink sleeveless dress with light blue highlights, two golden bracelets on her left forearm, an orange long glove, and light blue heels. 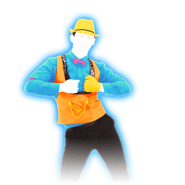 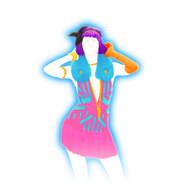 The dancers are on a 1920’s theme stage, which has a checkered floor divided into circles, three bars on each side, and several figures in the background, such as suns and moons. All of these elements often light up and illuminate in shades of light blue and fuchsia, and the figures turn around in different directions.

During Nicki Minaj’s verse, the stage turns darker and each dancer has a spotlight over them, which becomes more luminous when one of them is dancing on his or her own.

Kissing Strangers (Charleston Version) is featured in the following playlists: 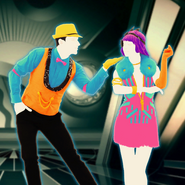 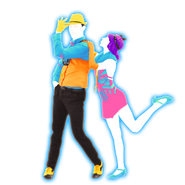 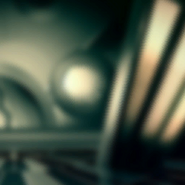 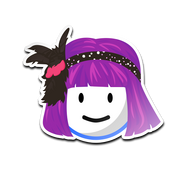 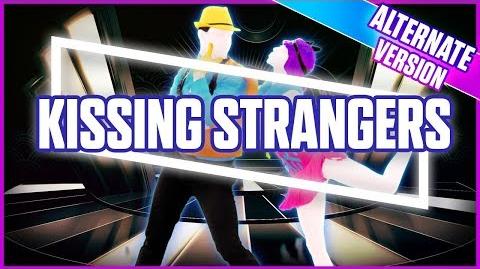 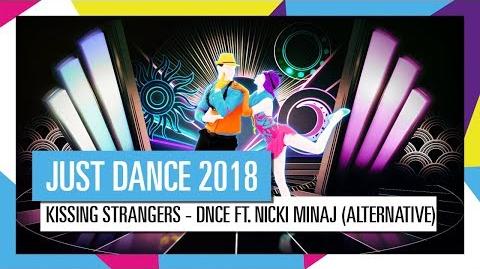 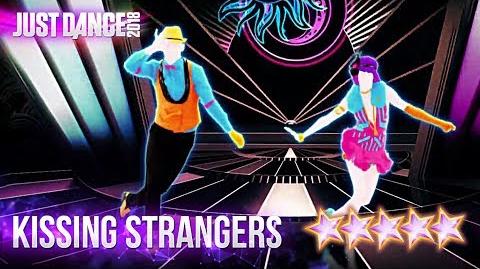 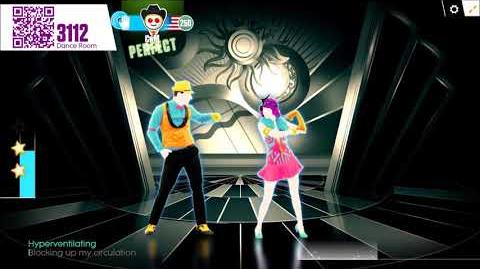 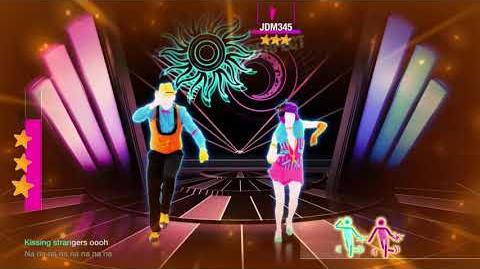 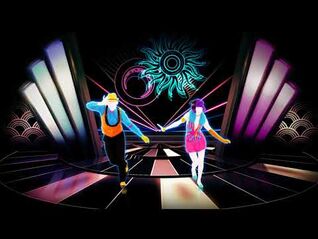